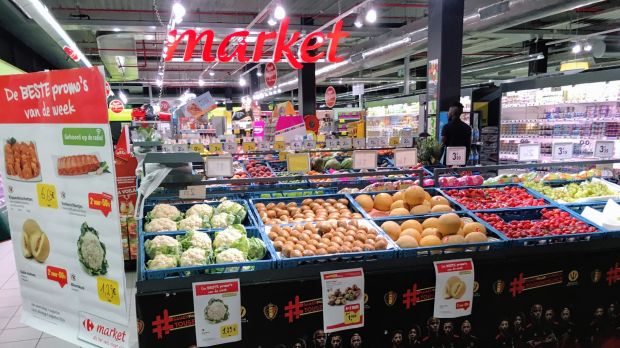 LZ Retailytics
Carrefour's expansion in Belgium will be driven by Supermarkets and Minimarkets going forward.

Carrefour has outlined the first concrete measures from the strategic plan it unveiled earlier this week. The sanctions concern its fourth largest European market, Belgium.

Carrefour intends to close two loss-making hypermarkets in Genk and Angleur (in the north-east of the country). Many store employees are currently on strike as one out of ten of the personnel – particularly in its outlets and headquarters – will be affected by cost-saving measures.

Several other hypermarkets will be scaled down. Three of them will be transformed and converted into supermarkets. The move is understood to enable the retailer to reassert its commercial position and supply chain efficiency while investing into growing channels. A combined 30 supermarkets and minimarkets as well as 70 e-commerce pick-up points are expected to open in 2018.

The announcement of the strategy shift in Belgium follows the statement made by CEO Bompard earlier this week. As usual, the hypermarket division is in the centre of attention. This most certainly puts any expansion plans of the format on hold. Since the drastic restructuring in 2010, the retailer has managed to stabilise its operation. The Belgian division has become a field for experimentation. For instance, the previous management opened its version of a future hypermarket in Mons. It was also the country, where Carrefour piloted its meal box service and the Connected Kitchen scheme allowing shoppers to scan items at home to add them to their online baskets.

Despite the efforts, sales have remained largely stagnant, as LZ Retailytics data shows in the chart below. Carrefour seems to have benefited from the weaknesses of Delhaize Group in the past. However, following the rival’s merger with Netherlands-based Ahold, it has become a rising threat. Apart from e-commerce players nibbling on its non-food sales, Carrefour has increasingly found itself under pressure. Discounters Aldi and Lidl are growing fast and market leader Colruyt defends its price positioning. In this context, a revamp of the big boxes and push of diversity within Carrefour Belgium's portfolio sounds more than sensible.

We believe the operation has strong fundamentals for Bompard's 2022 vision. The retailer has already rapidly rolled out its click & collect Drives over the past quarters (nearly 180 pick-up locations to date). However, there is still much to do in terms of non-food e-commerce. We also wonder if side projects will be continued – like the second Rob premium supermarket Carrefour originally planned to open in the Brussels area in 2020. Carrefour’s supermarket presence is reliant on master-franchisee Groupe Mestdagh, which is also going through a period of management changes. It will therefore take some time until we will be able to see any sales growth generated through the new strategy. 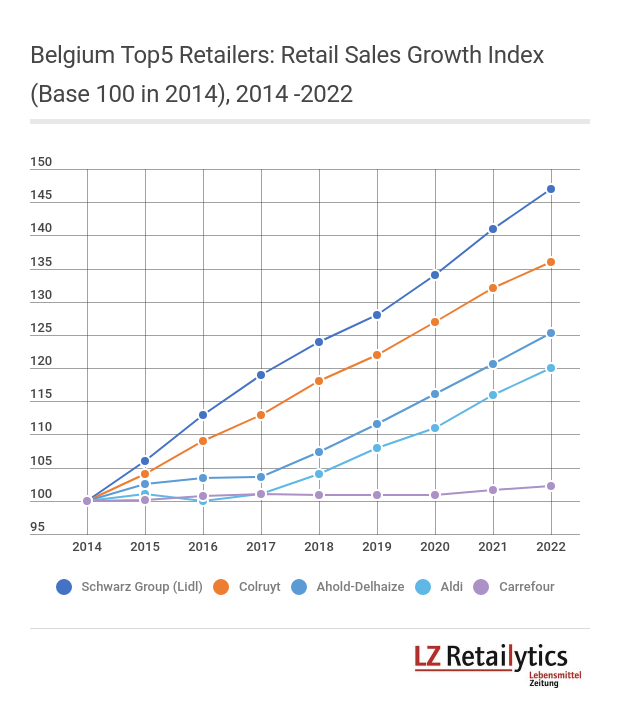 LZ Retailytics
Please note that pre-merger data for Ahold-Delhaize has been artificially recreated, and that its future growth is vastly fueled by general merchandise website Bol.com. Similarly, the roll-out of Aldi Nord's latest concept is expected to have a positive impact on sales.