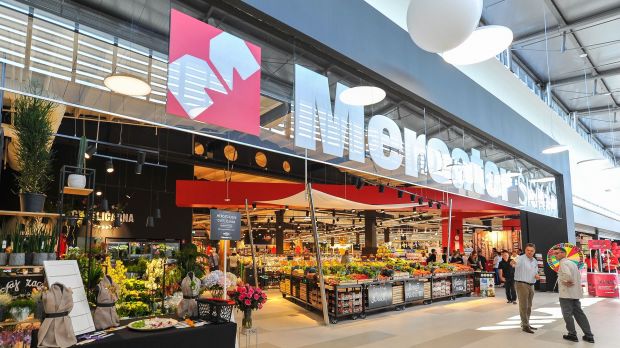 Mercator
With the green light to take over part of Konzum's store network in Bosnia, Mercator is able to offset intragroup liabilities.

Slovenian retailer Mercator has been given the green light by Agrokor’s board of creditors to proceed with its plans to re-enter Bosnia and Herzegovina. As revealed by news portal Seenews, Agrokor will transfer the 83 Konzum stores to its Slovenian subsidiary without simultaneously passing on Konzum’s liabilities. As LZ Retailytics previously predicted, with this step Konzum will fulfil Mercator’s intragroup claims, consisting mainly of outstanding rent payments. In July this year Agrokor announced plans to re-establish full operations for Mercator in Bosnia by the end of August. However, the retailer failed to initiate this process until now due to unresolved claims settlements.

Agrokor’s retail segments have seen a mixed performance over the past few months. In the first half of the year Konzum, Velpro and Tisak have been suffering an assumed high single digit sales loss due to supply issues and image deterioration, which has sent EBITDA dipping to negative HRK234mn (approx. EUR31mn). In contrast to this, Mercator’s like-for-like development over the same period was stable with EBITDA figures recovering, reaching EUR58.3mn.

Opinion Separating the Good from the Bad

The Agrokor rescue plan, initiated five months ago by the Croatian State, is finally moving forward. Following yesterday’s decision to proceed with Mercator’s activities in Bosnia and Herzegovina, we see a realistic chance for the Slovenian publicly-noted retailer to emerge relatively unscathed from the current crisis on the Balkans. With Serbian and Montenegrin units as significant contributors to the group’s growth in the past, we understand Ante Ramljak’s success as a milestone in the restructuring process. The fact that the retailer has just finished a round of remodelling its Idea and Roda banners in these two countries leaves us with an even more positive feeling – even if we do not share the same level of enthusiasm for Mercator’s relaunch in Bosnia.

At the same time, the situation for Konzum in Croatia remains uncertain. Although the group’s food and agricultural branches show a positive EBITDA – potentially offsetting losses in the retail division – the factual situation of the company is not transparent. Audited financial results for the year 2016 are not expected until the end of September. We believe that the Croatia state-appointed trustee’s plan will be to separate Agrokor’s profitable units from its unprofitable ones. Having achieved this, the deciding question will then be whether to keep Konzum as it is with its five banners, or if it will be broken up, sold or discontinued.

One scenario would be the acquisition of remaining Bosnian stores by local hero Bingo, allegedly supported by a Saudi Arabian bank. This would provide much-needed hard cash for Agrokor and raise the chances of continuing as a joint retail entity, albeit with Konzum falling back to its home territory of Croatia. Another possible option making the headlines in the region is the scenario of the sale of the complete group to a foreign investor, with future operations then unclear. No matter what the final outcome, we imagine that the winners will be the respective number two in the market: Schwarz Group in Croatia and Bingo in Bosnia; extending their market share while Agrokor will still be self-absorbed with its recovery process.