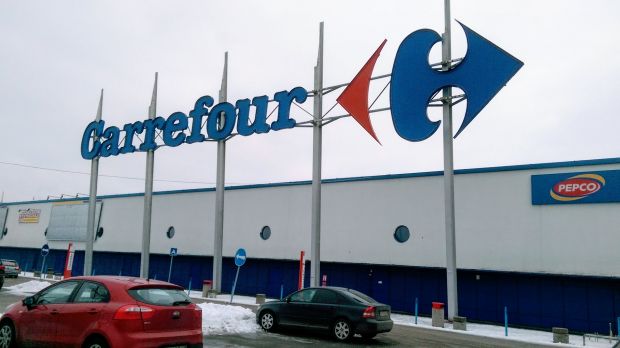 Carrefour's local franchisee in Slovakia has faced years of sales collapse and eventually closed all its stores in the country, Slovakian financial newspaper Hospodárske Noviny reports. After 17 years in operation, many of the hypermarkets have closed in recent months. Competitors are now reportedly bidding for stores, which were typically anchored within shopping centres. The closure of Carrefour in Slovakia follows the collapse of master franchisee Marinopoulos in Greece and the Balkans, as the geographical presence of the French giant recedes further on its home continent. Carrefour now operates in seven European countries, including Luxembourg.

Opinion Stuck in a Vicious Circle

31 January 2018
The market exit is unrelated to the ongoing transformation plan of Carrefour's new management. The local franchisee Retail Value Stores has been struggling for many years. The retailer has been under intense pressure from constrained consumer spending favouring the sprawl of discounters. While E-commerce remains in its infancy, hypermarkets with large non-food assortment faced cross-border shopping as consumers benefit from favourable exchange rates to spend their euros in neighbouring countries such as Czech Republic, Poland or Hungary. This partially explains the lower sales density of Slovakian hypermarkets vis à vis other channels (see graph below).

In this context, Carrefour's sales collapsed, and the retailer had been looking to drastically rationalise its non-food assortment. It significantly reduced its sales area by as much as 26% between 2014 & 2016, LZ Retailytics data shows. The reorganisation also impacted food categories as the offering was reworked by delisting slow(er) rotating items from its shelves. Even so, declining customer traffic combined with smaller volumes than other hypermarket operators and lower price perception than the popular discounters, stuck the retailer in a vicious circle. The retailer had to restructure its debt and close some hypermarkets to contain losses. Admittedly, these initiatives were not sufficient to turn the operation around. 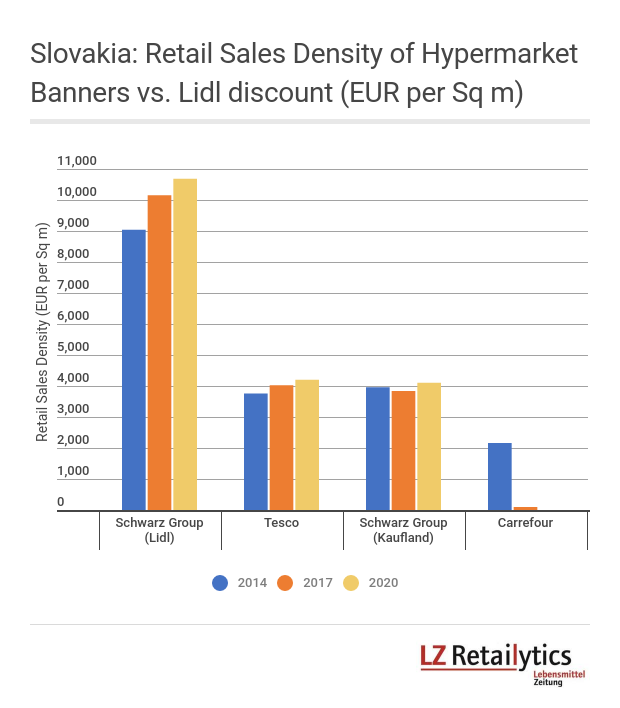