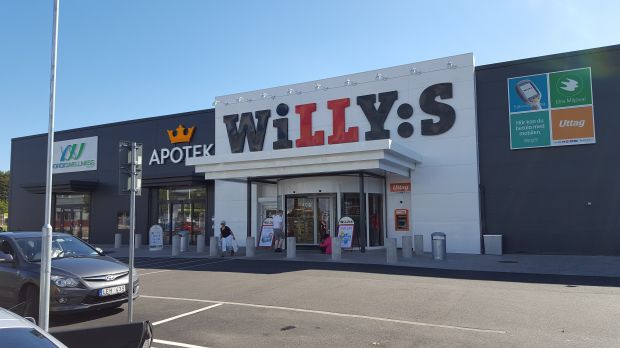 LZ Retailytics
Axfood currently has to rely on third-party operators for prescription medication.

Axfood is to launch an online pharmacy through a jointly-owned e-commerce company called Hubia. Other shareholders are Novax, Axfood’s investment subsidiary, and the three entrepreneur founders of the site LensOn, which sells lenses online.

The business idea is to offer a wide assortment of pharmacy items at low prices, with fast and reliable deliveries as well as innovative add-on services. The actual site will operate under a different name that has not yet been finalised.

In a press release, the Swedish grocery retailer speculated that the online pharmacy would allow it in the long term to offer its shoppers prescription medication when shopping online for groceries. Currently, over-the-counter pharmacy items are sold in its Willys and Hemköp bricks-and-mortar and online stores.

Kim Persson, one of the three entrepreneur founders, told Swedish Online Magazine Breakit that it is logical that Axfood would be able to also offer prescription medication in-store in future.

The pharmacy market has many synergies with Axfood’s grocery business. There are numerous overlaps in assortment when it comes to OTC medicine, health & beauty items and health foods. The online pharmacy will also be able to leverage the retailer’s logistics fleet, which is already delivering groceries to customers' homes. The possibility to pick up prescribed medicine will surely also increase footfall to the retailer’s bricks & mortar stores.

This move follows in the footsteps of Swedish grocery market leader and Axfood's closest competitor Ica Gruppen. It acquired Apotek Hjärtat in 2014, making it the second biggest pharmacy operator in the country. With the pharmacy market growing faster than the grocery market, not least through typical drugstore category sales, it has become an attractive market for grocers.

It remains to be seen whether Axfood will follow up with a physical pharmacy presence or be satisfied with fulfilling online orders of prescribed medication in-store. Still, we anticipate that the straightforward operation of a pure online business may be the main motivator here. More uncertain is the future of the several in-house pharmacies that operate alongside Axfood’s Willys stores, which now become direct competitors.