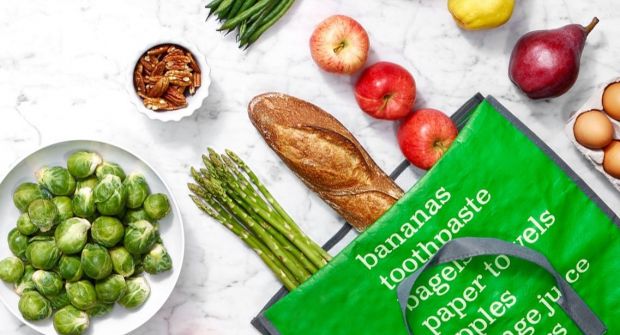 Amazon
Amazon Fresh in Germany can be expected to follow other markets in adopting an agile approach, testing and learning along the way.

The imminent launch of Amazon Fresh is taking a little longer than anticipated in Germany, although a soft launch with family and friends will be tested by the end of April, Lebensmittel Zeitung reports. It is thought that the retailer wants to ensure it takes the time required to iron out any teething problems before opening up the service to its Amazon Prime subscribers. However, it is now expected that when the retailer does launch in Berlin, it could use its facilities to serve a wider metropolitan area, possibly as far away as Hamburg.

The main reason for the delayed launch is thought to be the difficulties of getting the logistics in place to support its Amazon Fresh operation. Unlike in the UK, where Amazon Logistics brings together more than 90 individual couriers to serve customers in London, Amazon Fresh in Germany is partnering with DHL, which already delivers for other grocery retailers as well as its own “All You Need” service. It is conceivable that Amazon Fresh may look to share facilities with DHL initially such as distribution centres and chilled boxes in order to maximise efficiencies and opportunity.

Opinion Taking Time to Get It Right

Amazon’s size and expertise certainly gives it the capacity to expand rapidly into new markets and this is often what is expected of the online giant. Yet, grocery is a very much more complicated category than the retailer is used to and what we are seeing is a company that moves at a more steady pace, market by market, taking an agile approach to learning as it goes. In the UK Amazon Fresh launched last June, nine months later than initially anticipated, and it is yet to expand outside of London. It is unsurprising to see the company following a similar pattern to its launch in Germany.

A short delay to its German plans will allow the retailer to fully test everything with family and friends before moving ahead. Logistics and meeting shopper expectations for delivery times and quality is a key consideration. We can expect that the company will utilise DHL as a trusted partner initially, but will over time want to bring everything under its own Amazon Logistics platform to ensure that it has full control over the last mile. The company is already selling groceries via Amazon Prime Now in Berlin and Munich and this expertise will feed into its plans as well.

LZ Retailytics anticipates that Amazon Fresh in Germany will roll out market by market, as it is doing in the US and UK, to reach around EUR11mn in revenues by the end of 2017 and EUR120mn by 2021. In the meantime, the slight delay in its launch will be a welcome relief for competitors as they gear up for the impending competition.