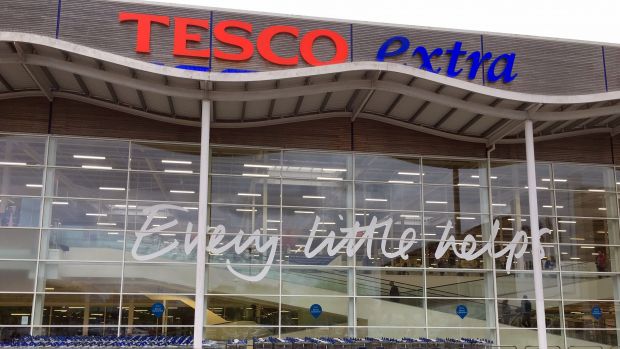 LZ Retailytics
Tesco resumed its dividend for the first time since its 2014-15 accounting scandal, as it recorded its seventh consecutive quarter of revenue growth and also increased profit and margins.

Tesco has announced “strong progress” in efforts to turn around its business, with UK like-for-like sales up 2.2%, transactions up 0.4% and volumes up 0.3% during the first half of the year. The company said that it saw fresh food volume growth of 1.5% in the UK, driven by ongoing improvements in its offer.

Meanwhile in Central Europe, Tesco reversed its falling like-for-likes during the second quarter to post a 0.6% increase as it focused on improvements at its stores.  Results in Asia were lower following the decision to cease its bulk selling business in Thailand at the beginning of the year.

The company reinstated its dividend, which CEO Dave Lewis said reflected the company’s confidence that it can build on its strong performance to date and add value for shareholders. 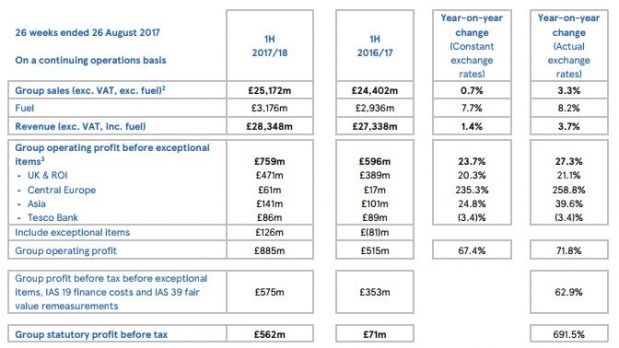 Tesco is reaping the rewards of a focused recovery, as it continues to work to the six strategic priorities and overhead reductions that were set out three years ago by CEO Dave Lewis. In an intensely competitive environment the retailer has invested to lower prices, tailor its ranges and improve availability – resulting in increased customer loyalty and volume growth. Like-for-like increases were seen across all formats, with even Tesco Extra hypermarkets seeing a 1.6% increase. Here the company revealed that it repurposed 410,000 sq m of space so far this year to footfall-driving concessions from retailers including H&M, Decathlon and TK Maxx.

Fresh food has been a key driver in Tesco’s recovery, and increases of 5.0% were seen during the period. Tesco's private label lines are also a strength and the company says its own brand 'farm ranges' of produce and meat were up 4.6% and are now included in more than 70% of shopper baskets. Although Tesco says it outperformed the market for fresh and packaged food, general merchandise continues to underperform and this will be a focus going forward. Work is already underway to rationalise and reset these ranges.

Much of Tesco's recovery has centred around cost reductions and consolidation. At its head office a 25% cost reduction goal has led to job cuts in the UK. Tesco also closed nine stores in Poland as discounter pressure increased. Profitability for the retailer is increasing and Tesco reached 2.7% margin this half year, as it works towards a target of 3.5%-4.0% by 2019-20. It is also targeting GBP1.5bn (EUR1.83bn) in cost savings during the same period, with GBP485mn (EUR591.84mn) achieved to date. Other initiatives such as stock availability improvements and one touch stock replenishment are helping to drive a better performance as the company works to drive efficiencies as rapidly as possible through its business.

In Central Europe Tesco is beginning to benefit from centralising its operations and implementing a joined-up trading strategy across the region. The group achieved 0.6% like-for-like sales growth in CEE during the second quarter, reversing its downward trend. Sales in the Czech Republic and Slovakia progressed well, although Poland remained challenging. Here Tesco has worked hard to improve its fresh assortment, loyalty initiatives and to roll out lower pricing with fewer promotions. 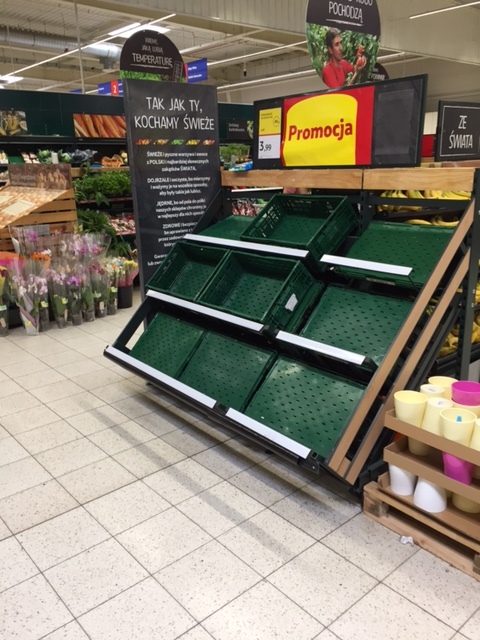 LZ Retailytics
Tesco is working to improve its performance in discounter-dominated Poland. At this store, efficiency and product availability looks to be the problem.

Despite its cost saving mindset, Tesco is investing in focused innovation and targeting the areas of new product development, online and loyalty initiatives. Online sales during the period increased by a modest 4.6% during the first half of the year, but this was ahead of store growth. The retailer rolled out Tesco Now two-hour delivery during the period and also announced plans to roll out same-day grocery delivery nationwide as pressure from Amazon intensifies. A new contactless Clubcard was also launched.

If all goes to plan, Tesco hopes to go ahead with its GBP3.7mn (EUR4.52mn) acquisition of Booker early next year. The Competition and Markets Authority (CMA) will report findings in late October and make a decision on the move in December, having identified 350 areas of overlap between Booker and Tesco stores. This could potentially allow a merger to take place during the first quarter, subject to shareholder approval.

In a highly competitive environment and with continued pressure from the German discounters on one side, the Big Four retailers and Amazon on the other, Tesco cannot afford to relax. However, there are some valuable lessons here for other retailers as the supertanker continues its impressive turnaround and looks to Booker to potentially strengthen its leadership from early next year.