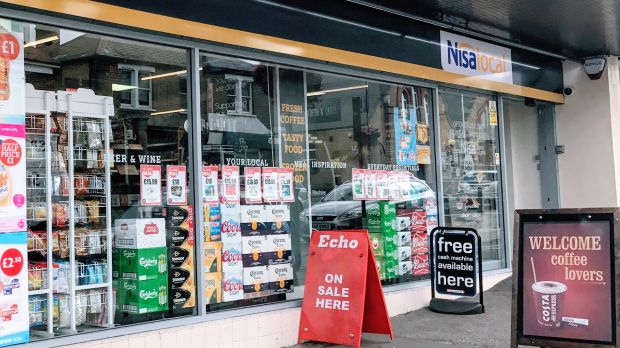 LZ Retailytics
Nisa, celebrating its 40th birthday this year, was created to protect the interest of independent retailers against the influx of the major multiples

The board of UK Wholesaler and convenience retailer Nisa has unanimously recommended that its members accept The Co-op’s takeover offer, worth an estimated GBP 137.5mn (EUR 168mn). The deal will be put to Nisa’s 1,200 members in November; and will also be subject to clearance by the Competition and Markets Authority.

Last week, just ahead of the formal offer from The Co-op, Nisa’s CEO Nick Read unexpectedly left the business.  Arnu Misra, who already sits on the Nisa board as a Non-Executive Director, has been named as interim Chief Executive. The retailer has also just announced its H1 2017 results, which showed an impressive 12.4% rise in total sales, with the core convenience chain showing a 1.9% increase on a like-for-like basis.

Despite initially appearing more interested in an offer from Sainsbury’s, a takeover by The Co-op would seem to us to be the best option for Nisa. In either case, Nisa would benefit from what it needs most of all: increased scale – critical for buying power and achieving sensible pricing for its customers. To our mind, however, The Co-op deal offers a lot more. The Co-op has expertise in the convenience segment. Sainsbury’s, with its 800+ small stores, is of course also a key player in the channel, but it is primarily – and historically – a supermarket operator; and one of the ‘big guns’ against which Nisa was orignally formed: to protect the interests of independent retailers against the influx of the major multiples.

Further, The Co-op is offering Nisa retailers the independence to operate their stores how they wish. Its intention (for now at least) is to retain the Nisa brand and operate it as a standalone business. There would however also be the opportunity for retailers to become a Co-op franchisee should they want to. Franchising is a model that the Co-op has started to trial, through an agreement with forecourt operator MRH. The retailer is also trialling the supply of its own brand products to 25 McColls stores, which could also be an option for some Nisa retailers in the future.

And what is in it for Co-op? Co-op has ambitions to lead UK convenience and can achieve this most rapidly via acquisition. Of course, The Co-op will also benefit from scale and buying power; as well as strengthen its presence in wholesale. As a mutual itself, it is possibly best placed to understand the quirks of the Nisa business model and convince members of the benefits. This will be critical, since 75% of the member base must vote in favour, or its no deal.

As for Read, perhaps it was job done for him. He is quite rightly credited with returning the retailer to profit – in 2014 he took on a business GBP 7.2mn (EUR 8.8mn) in the red and this year EBITDA increased to GBP 8.6mn (EUR 10.5mn). He should have no problem in securing his next role with that achievement on his CV. The Co-op deal makes sense for Nisa’s future but running a division of The Co-op as opposed to being at the helm of his own empire would quite rightly be less appealing.