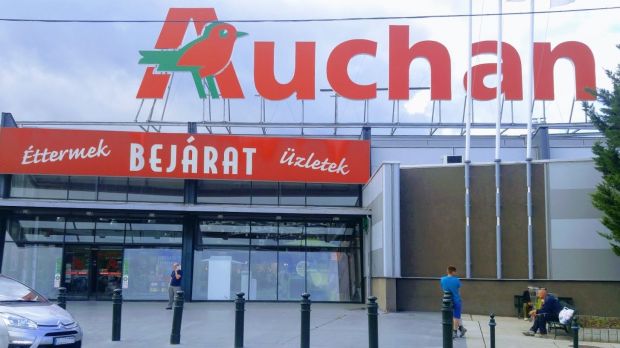 LZ Retailytics
In Hungary, Auchan operates 19 hypermarkets, the majority of which are located in the region of Budapest.

French retailer Auchan has committed to invest HUF17bn (EUR53.68mn) in Hungary in 2018, mostly to finance its expansion plan, Magyar Távirati Iroda reports. The retailer previously announced the introduction of new formats, with the aim of operating 60 supermarkets nationwide by 2022, around half of which will be operated by franchisees. The first supermarket opened in Szekszárd (southern Hungary) last week.

Opinion The Countryside Is Calling

As Auchan publishes unsurprising H1 results, LZ Retailytics prefers instead to focus on a country that often falls below the radar: Hungary. Auchan expanding into a new channel there should not be a surprise for many reasons. The patriotic Hungarian government is committed to hinder foreign hypermarket operators to the benefit of small store local chains. This has been possible through restrictive legislation regarding network profitability, a size cap for new store openings, as well as closure on Sundays. The latter has since been repealed and there are discussions to replace Sunday trading bans with substantial wage increases for staff working on that day. Similarly, a special tax project targeting large stores was considered but revoked under pressure from the European institutions.


From Auchan Hungary's side, we believe there is limited scope for further expansion of large hypermarkets left in the country. LZ Retailytics data for 2016 shows Auchan hypermarkets already enjoy 24.3 sq m of sales area per 1,000 inhabitants in Hungary; as compared with 19.9 in its home country of France in the same period. With this in mind, it was only a matter of time before new formats were introduced, with the blessing of the corporate head office looking to drive Europe-wide multiformat expansion. Consequently, Auchan Hungary introduced grocery e-commerce last year - limited to the capital city Budapest and slowly expanding to nearby suburbs - and now with supermarkets.

The choice of Szekszárd, a city with only 35,000 inhabitants and surrounded by vineyards is an interesting - and unusual - location for the introduction of a new format. While drawing firm conclusions so early would be premature, it could signify Auchan's intent to establish itself in virgin territories, avoiding the highly competitive top tier cities. These are indeed already crowded with established supermarket operators, be it international Spar Austria or local retailers such as CBA which has developed its Prima supermarkets over the past two years.

In contrast, rural areas have been so far left in the hands of traditional operators and a patchwork of retail cooperatives, giving Auchan a strong competitive advantage. That being said, all of the players are currently following the same strategy, particularly discounters seeking to tap into less affluent rural and semi-rural consumers. We feel it will be critical for Auchan to establish a strong USP there, as over the next five years, LZ Retailytics data predicts that discount will be the fastest growing channel in Hungary in terms of absolute sales.