French retailer Carrefour is leveraging its franchise minimarket network for click & collect, Wiadomości Handlowe reports. The first pilots are taking place in the region of the capital city Warsaw. As with its hypermarkets, the collection points intend to create synergies with Carrefour's online capabilities while generating additional store traffic for the franchisees. The retailer does not exclude the introduction of its collaborative scheme SąSiatki. Should the pilots prove successful, the rollout will be a significant step for the retailer, which operates nearly two thirds of Carrefour's Polish network in franchise and plans 100 new franchised store openings for 2017.

08 August 2017
Combining online and convenience is something of the holy grail for all retailers. Whoever manages to do this effectively and profitably is guaranteed success; but challenges and pitfalls lie along the way. Carrefour has a strong card to play: local Polish operators have not yet seriously stepped into grocery e-commerce, which remains in its infancy; and foreign operators Tesco, Auchan, Kaufland lack the sufficient multiformat presence needed to bring this service close to shoppers' homes.

For Carrefour, we feel that a rollout would bring some daunting challenges in terms of providing training and ensuring consistency of the service. There would also be new processes for the franchisee to follow. Picking, packing and storing online orders in small local stores might become a hurdle as volumes increase. However, the new service will also surely give a boost to customer awareness of Carrefour's online proposition in general and grocery e-commerce in particular, while allowing its Polish franchisees to tap into this emerging channel. 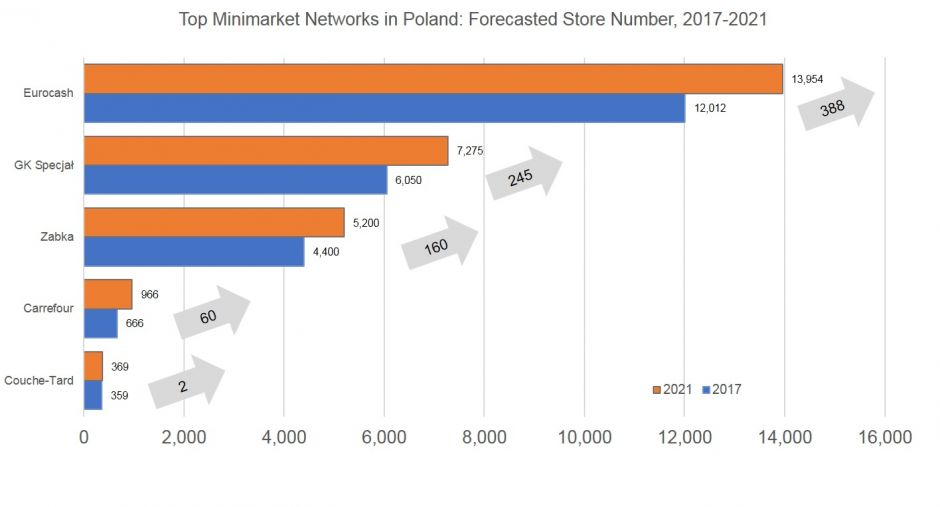 Ultimately, the inclusion of click & collect will differentiate Carrefour's proposition from its competitors, which helps to recruit new franchisees. Poland is Carrefour's second market in Europe in term of minimarket openings, after Spain. The retailer is running various pilots across Europe and already has strong expertise in the channel. This summer pop-up minimarkets were introduced to Polish seaside resorts, targeting tourists with relevant seasonal assortments, for instance. Much of the traditional sector remains untapped, and with the channel in the hands of three players, Carrefour will need to secure the best locations and retain existing franchisees with a modern proposition and relevant concepts.