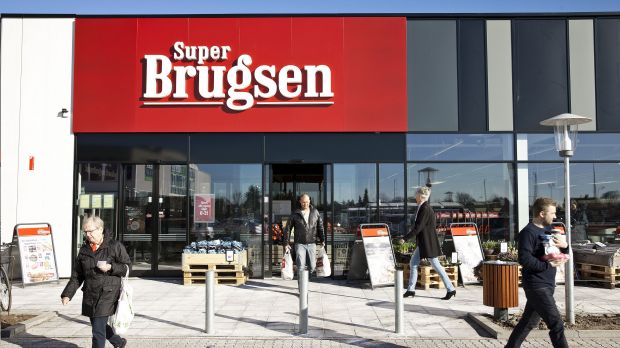 Coop Danmark
In a few years' time this Superbrugsen supermarket might simply carry the Coop logo, if the retailer goes through with its plans.

Coop Danmark CEO, Peter Høgsted is considering renaming all the retailer’s banners under a common Coop umbrella, he told the Danish Newsletter Økonomisk Ugebrev. According to Høgsted, synergy advantages within areas like marketing and supply chain could outweigh the current benefits of banner differentiation, especially since he sees the Danish grocery leader’s banners as increasingly similar. Instead, it would be more relevant to differentiate based on local demands under a common Coop brand, the top manager speculates.

Although, Høgsted underlined that nothing has yet been formally decided, a streamlining process has already been initiated behind the scenes. In August last year, the administration functions of Kvickly (superstores), Superbrugsen (supermarkets) and Daglibrugsen (minimarkets) were merged. Also, a more unified assortment strategy was initiated for all the retailer’s chains.

Further, Økonomisk Ugebrev writes that only the premium supermarket Irma would keep its name if a rebannering process were to take place, suggesting the Fakta discount banner would also be included in the plans.

Opinion Time for a Rebirth

Coop Danmark’s chain-based organisational structure has complicated matters for the retailer in the last three years. The retailer’s clear strategy focused on quality food has had to be modified and communicated for each of its banners separately. With a common Coop umbrella banner, focus areas like organic, healthy, local, and special interest food would only have to be tied to one brand: Coop. And the retailer will need to highlight these USPs even more going forward, faced with discounter investment and a growing food-service market.

We could imagine an approach similar to that employed by Coop Sverige, distinguishing between store sizes. The Swedish co-operative is currently rebranding its stores to Small Coop, Coop and Large Coop, thus still managing shopper expectations somewhat. The only question mark in Coop Danmark’s rebranding equation is the discount banner Fakta. We feel that it still has a role to play in the dominating discount channel, even if it is still loss-making. Patience might be the best advice here with the ongoing up-trading process likely to favour a soft discount concept like Fakta’s.

The Coop board is likely contemplating whether the Coop name could simply match the brand awareness of its banners, built up over the years. The answer is probably no, but accompanied by significant communication investment, a re-bannering project could reignite Coop Danmark’s renovation initiatives over recent years and signal a reborn retailer with fresh ideas.

For the long term, we believe this is the right way ahead since the banners’ similarities increasingly outweigh their differences. Take the decreasing non-food share at Kvickly for instance. In this case, current shopper expectations for the banner differ from reality, advocating a rebranding. Refocusing communication to the Coop name would also carry across positively to the retailer’s Coop.dk online platform as well as its Coop standard private label.