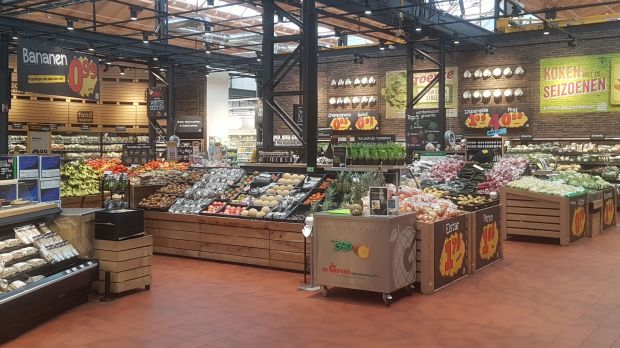 The Dutch number two is reportedly planning to enter its second market, Belgium, Retail Detail revealed confirming rumours circulating in the market. According to the Belgian newspaper, the retailer has engaged real estate experts to find suitable locations in Belgium. By 2019, the retailer reportedly plans to open 30 stores in the country. Earlier this week, Jumbo’s CFO Ton van Veen said in an interview with newspaper Gondola that entering Belgium was an option, but that there were no concrete plans to do this within the next few years.

Opinion Time for the Next Big Move

Even if Jumbo is the second largest retailer in the Netherlands, there is still a large gap to market leader Ahold Delhaize. The latter has an impressive market share that is twice as high as Jumbo’s (30% vs 15% in 2017). However, even if Jumbo might not be the leader in terms of retail sales, it surely is the number one when it comes to courageous moves.

It seems to be part of the supermarket operator’s strategy to surprise the industry with a big boom every two years. In 2009, Jumbo acquired Super de Boer, a chain with higher sales and store numbers than itself. In 2011, it did something similar announcing the acquisition of supermarket chain C1000. Two years later, it became a forerunner in terms of foodservice-inspired, marketplace-like concepts in Europe with the launch of Jumbo Foodmarkt. In 2014/15, it began selling groceries online and established a network of pick-up points. This year, it went live with its City concept. This means, a Belgian market entry in 2019 would be perfectly in line with all these moves.

Picking a neighbouring country, where part of the population speaks the same language, seems like an appropriate expansion consideration. However, does the market situation in Belgium allow for a new player? Like other European markets, the Belgian retail landscape is nearing saturation. And another aspect is making the situation even more difficult for Jumbo: The Belgian number one, Colruyt Group, also has an EDLP-strategy in its eponymous supermarkets that is far more price-aggressive than Jumbo – and it is very successful with this as the figures show. With 26% market share in 2017, the retailer will remain the unchallenged market leader, according to LZ Retailytics forecasts.

So it seems that Jumbo would need to find other ways to differentiate for success. Implementing elements of its Foodmarkt concept, which focuses on fresh produce and service counters, could be a winning strategy. This would be a clear differentiator to Colruyt’s rather discount-like atmosphere. Furthermore, Jumbo’s strategy and USP could clearly give it a competitive edge over supermarket operators like Delhaize and Carrefour if it managed to combine its upmarket features with low prices in the neighbouring market, too.