Spain Manufacturers Distance Themselves From Catalonia 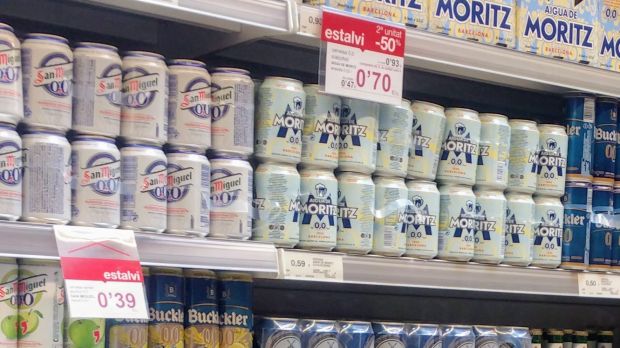 The retail industry in not impervious to the tensions between the Spanish federal and Catalan governments regarding the independence of the autonomous community. Very much as in other sectors, some major FMCG manufacturers have relocated their registered offices to other parts of Spain, including San Miguel beers, Bimbo bakeries, and the owner of Cola Cao chocolate powder-mix, to name but a few iconic brands. A few others are seriously considering the idea, such as Freixenet sparkling wines. The moves are being facilitated by an emergency decree published earlier this month in which the Spanish government allows registered office transfers to take place without the vote of the shareholders general assembly.

While some of the family-owned Catalan manufacturers and retailers have regional sympathies, most are walking on eggshells amid boycott threats. CEO of market leader Mercadona, Juan Roig, told the local press "as a Spaniard and a person I am preoccupied and anxious. That's the word. There is a major problem in Spain and we must acknowledge it. It should be solved through discussion."

12 October 2017
Businesses do not like uncertainty, and the retail industry is no exception. Catalonia has traditionally been a trading and industry hub, and as such, one port of entry into the Spanish market. Many international brands, such as Lidl, registered themselves in the region. Objectively, an independent Catalonia does, and will continue to represent an attractive market for both manufacturers and retailers, with a population similar to that of Bulgaria, and a GDP higher than Portugal. But how to understand such a stampede?

The fears come from the direct consequence of that independence: beyond Spain, it is the de-facto exit of the European Union. The Catalan economy is closely knit not only to the rest of country, but is also a key export platform to many countries on the continent. Given its current political stance, the cessionary region will have little chance of ever reintegrating itself into the European Union, as this would require Spain's approval to do so. This naturally raises many vital questions as to the implications in terms of movement of people and goods, tariffs, access to international financing, and a delicate issue: which currency to use?

These uncertainties are enough for many companies to justify rushing to the door while it is still open, and registering themselves in other parts of Spain. For retailers and manufacturer trading (nearly) exclusively in Catalonia, the challenge would be of an other nature. The likely economic downturn resulting from a secession would affect consumption, not to mention probable inflation spurred by loss of value of the local currency (assuming it cannot keep the euro) and product imports.

Looking at recent history, Brexit offers a glimpse into such a resulting conundrum... but the challenges faced by an independent Catalonia will be even greater. The UK, unlike Catalonia, has the advantage of a large internal market, legitimacy on the international scene, has always opted out of Schengen Area and maintained its own currency. This situation is a foreseeable economic pitfall which forces Catalonian politicians to edge forwards on a tightrope, but an exercise which is proving far too dangerous for many companies to risk.