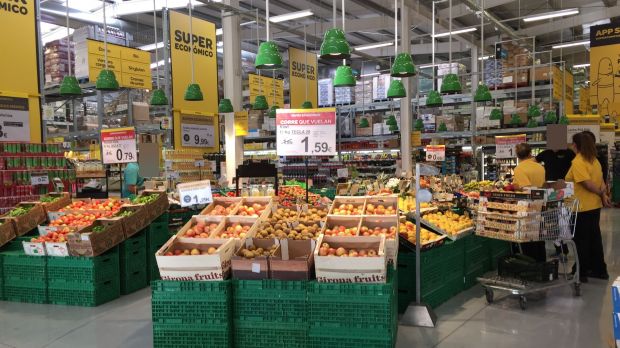 Carrefour opened two new Supeco price-focused stores in Romania. The two units of this hybrid concept between discounter and cash & carry were conversions of former Billa supermarkets, acquired from German retailer Rewe Group. The units opened in Galati (Eastern Romania) and Craiova (South-Western Romania), and count as a significant additions to the existing four units.

Opinion Where is Supeco Heading?

Despite operating in four countries globally, Supeco rarely makes the headlines. The banner was born from the gap in Carrefour’s portfolio left by the spin-off of its Dia discount store network. To remain relevant to price-sensitive consumers in crisis-stricken Europe, Carrefour took inspiration from its successful Brazilian concept Atacadão hypermarket and cash & carry hybrid. Five years and some 20 stores later, Supeco does not seem to be gaining momentum. The retailer avoided bringing the banner to its home market of France, and leaving CEO Plassat never made a secret of his lack of faith in the discount proposition.

Carrefour appears relatively opportunistic in converting underperforming stores to the banner rather than opening brand new stores. Beyond its cradle of Spain where expansion is sustained at the pace of around 2 stores annually, the solitary unit in Brazil remains undisturbed and so did the handful of Romanian stores, until recently that is. Supeco was indeed introduced Poland and Italy, but seamingly as a laboratory more than a full-fleshed expansion plan.

Supeco Romania is at a more advanced staged and interestingly enough while Supeco was so far curtailed to lower tier Romanian cities up to 70,000 inhabitants, the two new additions operate now in 250,000 inhabitant urban areas. We believe this gives Carrefour the opportunity to study its price-focused concept in larger conurbations. LZ Retailytics data show that discounters enjoyed a market share of ca. 13.6% in Romania last year and are growing rapidly. The trend might even accelerate as Aldi is now eyeing the market.

After all, Supeco could prove to be a strong card to play: a no-frills destination with (comparatively) wide assortment including fresh, ambient and everyday non-food; listing of national and local brands; topped by staffed meat counters. We feel the danger may nonetheless lie in its in-between concept, not price aggressive enough to compete against the discounters; assortment not deep enough compared to supermarkets; and not B2B oriented enough for professional clients.