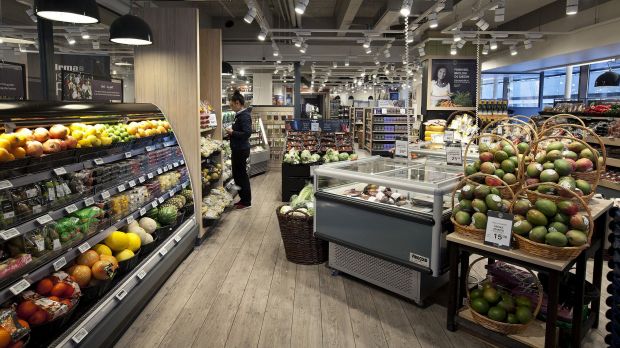 Feedback will be gathered from the pilot stores in the coming eight weeks, with the concept expected to be rolled out to all 80 Irma stores by the beginning of 2018. The initiative was inspired by a survey led by the retailer’s analytics team, which showed that 43% of Danes want to eat less meat than they do today.

Opinion Winning Over the Future Shopper

A dedicated section like “Det Grønne Måltid” makes the shopping experience so much more pleasant for an audience demanding an alternative to meat. Irma, as an early mover in this area has a lot to gain and could win the long-term loyalty of a growing and currently unsatisfied target group.

Irma is a small banner, present only on Sealand and focused around Copenhagen. Still, it is the laboratory for the entire Coop Danmark group, Denmark’s largest grocer. As such, it is likely to roll out these vegan and vegetarian sections to other banners such as Kvickly and Superbrugsen in the next couple of years. They could even appear in Fakta discount stores, creating a clear point of differentiation.

Dagrofa’s Meny supermarkets impressively beat Irma to be the first to cater specifically for this target group. In March this year the retailer introduced a “meat-free universe” to its chilled area, consisting solely of ready prepared vegan and vegetarian meals and food to go.

Previous experiences with the highly competitive Danish grocery market tells us these two players will likely not enjoy their duopoly for long, however. It would be embarrassing for Dansk Supermarked not to have dedicated departments in their Føtex and Bilka big boxes, aiming to be among the best when it comes to breadth of assortment. Lidl and Aldi Nord have also already introduced veggie private labels in some other markets, so could bring these to Denmark motivated by recent developments.

In other words, Meny and Irma might have triggered a bright future for Danish vegetarians, vegans and flexitarians. As health and environmentalism are major reasons for choosing these products, combining these with organic, locally sourced and low-carb characteristics will be key for winning over this audience. This could represent a huge opportunity to suppliers able to cater to these demands.