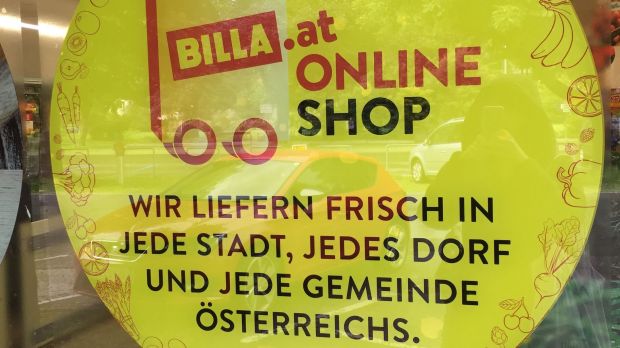 LZ Retailytics
Rewe Group's Billa online shop features 8,000 products at instore prices, covers entire Austria, and has some 20,000 customers with an average basket of EUR80, according to the company.

Elke Wilgmann has been appointed as a new member of the management board of Billa, Rewe Group’s supermarket division in Austria, effective February 2018. Wilgmann joins from Rewe Markt in Cologne, Germany, and will succeed Josef Siess, who will become a Managing Director of the buying department of Rewe International. Joining Robert Nagele on the board, Wilgmann will be responsible for Marketing, Internal Communications, Digital & Innovations and Analytics & CRM, among others.

One of Siess’ last public appearances as a Billa boss was the 'Management Cercle' last week in Vienna, where the retailer and manufacturers discussed e-commerce strategies in the light of Amanzon’s European foray. The management confirmed that Billa’s grocery online shop, with sales of slightly less than EUR35mn and an Austria-wide delivery coverage, was budgeted as unprofitable until 2021. The supermarket operator would see no self-cannibalisation since the “20.000 online shoppers still buy instore,” according to Nagele, with those shopping both channels spending 60% more.

The management, which was supported in its e-commerce strategy by consultants from Ernst & Young, indirectly also criticised consumers who, on the one hand, cherished personalised offers, but on the other hand would hate companies for collecting shopper data. According to Nagele, in competition with the big internationals it was no longer just about data, it was about issues like tax residence and wage agreements, newspaper Die Presse reported.

21 November 2017
The political statements come on the backdrop of two very recent political events, one with international momentousness and the other one more restrained to a more EU/Austrian scope. The first is the ever-ongoing discussion about tax evasion, legal and illegal, which gained new momentum just recently with the revelation of the Paradise Papers. It’s not the right place and space here to discuss this in depth, but it's a shame that it is taking so long for legislators, including the EU, to make changes to what everybody (at least publicly) agrees is unfair. The suspicion – and sometimes obvious realisation – is that with every attempt to fill tax gaps, there are always a few to break ranks - and these are not always the usual suspects. Even if the time is running out for some smaller retailers against the big international ones, there's not much to hope from that front.

The other case is data privacy. An Austrian activist, Max Schrems just made it into the media as the privacy campaigner - he is trying to stop Facebook from transferring personal data out of the EU - has been told he is unlikely to be allowed to bring a ‘class action’ style case against the Irish unit of Facebook in an Austrian court; however, he could possibly sue the company on his own behalf. “We should realise how much data Google or Amazon have about us,” Billa’s endorser from Ernst & Young said, putting Billa’s data mining into context. Departing Siess played down the issue saying that it was not about personalised data but just the bid that helps compile individual discounts and offers.

For the grocer, this means that there are not only double standards as to tax rates but also different perceptions about data handling. Billa has 4.2 million members in its Vorteilsklub loyalty programme. This is impressive as it means that, statistically, nearly every other Austrian holds such a membership card. (Less impressive is that not even 0.5% of this number order online.)

Billa remains of specific importance for Rewe Group’s grocery e-commerce strategy. Austria is far smaller than Germany, which makes a national service much cheaper, margins are higher, tax legislation is usually favourable, and Billa holds an even stronger position. In the parent’s home market Germany, Rewe Group has recently scaled down its e-commerce ambitions under the new CEO Lionel Souque. The former Tesco expert Jean-Jacques van Oosten, who joined Rewe Group in late 2013 as the new head of Digital, just recently left the retailer. Now, a German-born manager has been asked to move office from Cologne to Wiener Neudorf to co-lead Billa in Austria, with the focus on Digital & Innovations and Analytics & CRM.

Sending German top managers to Austria is sometimes tricky. Very easily the local management, staff and public could feel overlooked and patronised. Billa, after all, has always been an Austrian brand all through. But the appointment of Elke Wilgmann should be good news for Billa. It would mean after all that Cologne has decided to put even more emphasis on online projects that Billa (as well as sister banner Merkur) has been spearheading for the entire group. Namely, this may potentially come at the expense of Rewe’s costly delivery service in Germany. In this case, Billa could benefit from double standards - within the group.