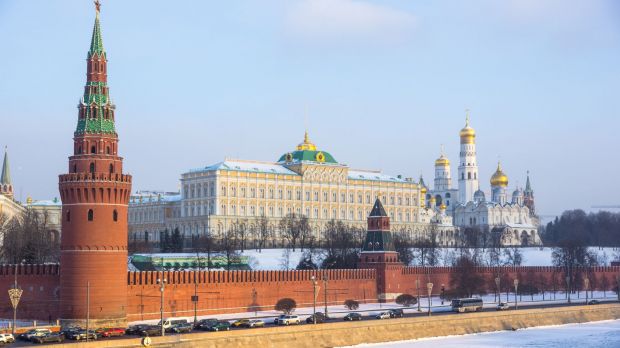 Ckikimor/Fotolia
With over 12 million inhabitants, Moscow is the most populated urban area in Europe, ahead of the Greater Paris and London regions.

This week, LZ Retailytics takes you to Russia. Each day, we will be exploring the different banners which will shape the Russian retail landscape over the upcoming years. But today, we are looking into the dynamics of the market which sees further consolidation. Indeed, the six largest Russian grocery retailers will near half of organised trade by 2021. As LZ Retailytics data shows, X5 Retail Group, Magnit, Auchan, Lenta, Dixy Group and Metro Cash & Carry will expand their joint market share to almost 50% in 2021. 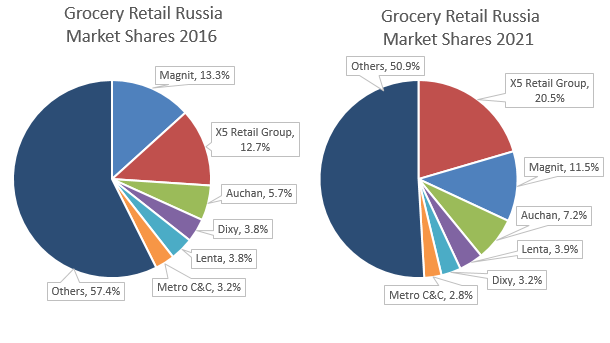 LZ Retailytics
The top 6 Russian grocery retailers will capture 50% of market share until 2021. Not only is organised retail growing at the expense of traditional selling points, but also within the segment the balance of power is shifting.
Between 2016 and 2021, the above cluster will record a 67% increase in total revenue, mainly owed to continuous expansion of X5’s Pyaterochka proximity format which is expected to more than double its turnover. Also, big box operators Auchan and Lenta will contribute substantially with sales area extensions of their larger formats. At the same time, disparities in development among the top become more and more distinct. Dixy Group, Magnit and Metro Cash & Carry are anticipated to all develop on inflation level or show single-digit real growth only.

It is not surprising to see X5 taking the number one position for the foreseeable future in Russia. The price-oriented but vamped-up Pyaterochka banner is developing towards the supermarket segment, taking the role Aldi and Lidl play in many Western countries. With most of its minimarkets refurbished, the No.1 retail giant now demonstrates convincingly, that small-outlet retail in Russia is not always an equivalent to post-communist corner shops.

As opposite to Western European trends, hypermarket operators Lenta and Auchan show, that big box is not dead yet. On one hand Auchan has been distilling its Eastern European experience, culminating in clearer layouts and more massive price-entry merchandising, while at the same time reducing serviced counters and streamlining checkout organisation. On the other hand, Lenta plays its big box USP fresh while driving its loyalty card programme, offering a smaller range than its peers but with a convincing low-price approach, while at the same time leveraging collected data to achieve full integration of its stores in the respective catchment area.

Additionally, in the dynamically changing Russian retail environment as in Russia we see several areas that have a high potential for retail disruptions in the future: Firstly, we see an increasing step-up in market consolidation. Although many banners post positive year-over-year growth, only a few achieve the same like-for-like, even less of those above inflation. With decreased financial resilience in an highly competitive environment the cases of Kesko and Sedmoi Kontinent will not stay isolated incidents.

Secondly, near-food segments will play a bigger role in the future. Magnit revealed plans to build a pharmacy network of several thousand selling points within the next years. Also, in a market, where the likes as AS Watson, Rossmann and dm are still absent, we will see the drugstore segment develop above average, as Auchan and Magnit prove.

Thirdly, capital-efficient franchise models will gain more importance in securing market strength, as with Intertorg holding the Spar Northwest license and Metro Cash & Carry promoting its Fasol convenience stores. Closely connected to this are Magnit’s and Lenta’s efforts to boost wholesale activities. Depending on the speed of economic rebound, we are convinced to also see heightened activity in the online channel, where so far only Okey, Perekrestok and Monetka operate noteworthy operations.

This also concerns the modern convenience store format, which is trialled by several companies as X5 and Gorodskoy Supermarket and has not taken off yet. Last but not least, increased buying volumes lead top players to integrate vertically, securing sourcing options for the future. X5, Magnit and Auchan all operate own production facilities and plan to expand significantly in this field.