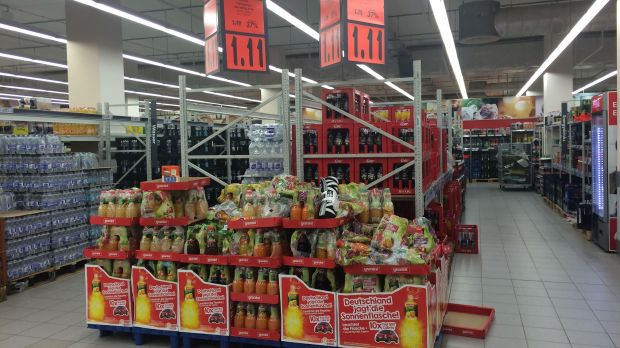 Kaufland has provided details for its store upgrade programme in Germany. Schwarz Group's big box discounter has earmarked approximately EUR1bn annually for the refurbishment of its network, which currently consists of more than 650 stores in its home market.

“Our profits last year were strongly impacted by the fact that we invested heavily in existing stores,” international Kaufland CEO Patrick Kaudewitz told local newspaper Heilbronner Stimme. He confirmed that this could be expected to continue this year and next “until the investment backlog is balanced.”

As reported, Schwarz Group CEO Klaus Gehrig said in May that the retailer had not spent enough on its big box division, but too much on Lidl. The current facelift programme is being rolled out across the entire Kaufland network internationally, whilst Kaudewitz stressed that it was just an “optical package” that will take “four to five years” to be fully completed.

The days when you could attract shoppers “with lunatic special offers” are over, Kaudewitz said. Going beyond pure facelifts, new concept elements will cautiously be implemented, such as served counters and food to go. Fresh food will also be strengthened, all in order to broaden the appeal. Other examples of improvements include car park expansions. “The bosses (in the management) may have worked out for me that it’s not true, but we don’t have enough parking spaces at least at 25% of our stores,” Gehrig added.

11 July 2017
Kaufland in Germany grew by just 0.7% last financial year. That’s rather disappointing for a retailer that is used to higher single-digit growth rates every year. Of course, expansion in Germany is slowly nearing a point of saturation. And hypermarkets in general have been experiencing hard times for more than a decade now. That said, Kaufland has got off relatively lightly, for many reasons. Most of its outlets are superstores, with a very restricted non-food offer. The average store size for Kaufland in Germany is 4,400 square metres, ranging from 3,300 square metres for the most recent flagship in Ilsfeld up to 15,000 square metres for its home base in Neckarsulm.

More importantly: Rather than hypermarkets or superstores, Kaufland is “hybrid”. It is good to hear this classification from the top management themselves as Kaudewitz coined it. “We offer a broad variety, but at the same time the price aggressiveness of a discounter.” A hybrid of a superstore and a discounter: This is why Kaufland has internally been mocked as “Lidl XXL”, alluding to the greater success dynamics of its little sister (in terms of store size), and to the provenance of Kaudewitz himself who joined from Lidl two years ago in 2015.

What is slightly wondrous: The Kaufland management stresses repeatedly that the facelift is not more than a facelift, an “optical package” and not a rebuild – as if it had to apologise for this low-key approach. Spending EUR1bn annually, for a presumed period of four to five years for 650 stores (potentially plus Kaufland abroad), would mean more than just some new ceiling banners and fresh paint. Measured against the group budget of EUR7bn, Kaufland should be entitled to even more, particularly after admitting that it had got a raw deal up until now.

Lidl’s success has been primarily that it is a discounter hybrid with a supermarket look and feel – driving the Aldi purists crazy; and secondly, that it has kept innovation and investment pressure extraordinarily high by ploughing sums beyond the reach of most competitors into advertising and store upgrades. Comprehensive store upgrades are what will make Kaufland grow again, as they will make up leeway with primping Edeka and Rewe supermarkets and set new standards in full-range discount retailing.