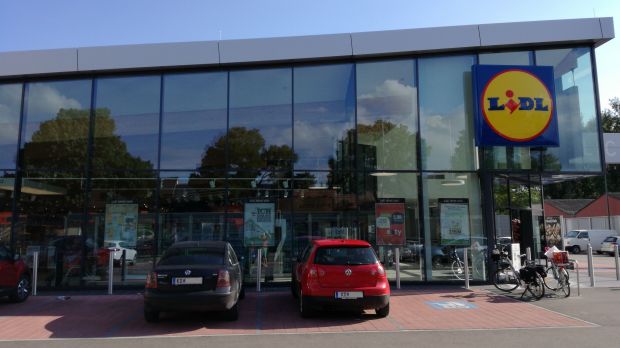 LZ Retailytics
Transparent stores, transparent prices? Lidl, like other discounters, still sticks to a national pricing strategy in most markets. This may be changing in the future as more and more retailers introduce dynamic pricing technologies.

Walmart in the USA is adjusting the prices of its key value items to those of Lidl, Lebensmittel Zeitung writes. Some 47 core products have already had their prices lowered to nearly match those of the German discounter, a study from investment bank Oppenheimer & Co. has found. On average, these products are now just 2% more expensive than at Lidl. Walmart makes use of its Data Warehouse for ‘ring fencing’, meaning that it only cuts prices where necessary, in this case in those stores which are located close to a Lidl.

Schwarz Group-owned discounter Lidl only entered the US market in June this year and currently has 40 stores on the East Coast. As well as the pricing changes, Walmart has reinforced marketing efforts for its economy private labels under the ‘Great Value’ brand, according to Supermarket News. Furthermore, Walmart stores which are located close to a Lidl outlet are said to look cleaner than others, with shorter queues at the checkouts.

With “soft pressure”, some suppliers of Lidl’s private labels are reportedly being educated about the long-term impact of their co-operation with the retailer. Walmart is understood to be using data from its UK arm Asda that shows declining invoice and selling prices, serving as a watch-out example to suppliers.

Aldi Suisse is currently auctioning holidays starting from CHF1, on Switzerland’s leading online platform Ricardo. This is, as I recall, the first time Aldi has allowed control over product pricing to fall out of its own hands. Aldi giving up control over pricing, can you imagine that? Okay, okay, it's just a marketing move. However, the 'price performance ratio' has always been a discounter’s core strategy and USP: high quality, at low prices. This now turns into ‘high quality, at whatever price.’

Likewise, democratic pricing has also always been a basic feature of the discounters. Meaning: same price for all, wherever you are in a nation; be it rural or urban, full of competitors or totally without. In the vast territory of Australia, this has become quite an important marketing message for Aldi.

Now we hear that the world’s biggest retailer, Walmart, is using local pricing to fight off Lidl. This does not come as a big surprise nor as a novelty as it may have used this technology before at locations where Aldi is present. Even Aldi in the US adapts its prices for eggs and milk to local competition.

So the times of democratic, or nationally uniform pricing – still very much the standard in the country operations of Lidl and Aldi in Europe – are coming to an end. ESL, Electronic Shelf Labels, are emerging – still relatively reluctantly, but they will be there one day. This is the day when every discounters’ price can be matched or undercut; and when prices can be changed daily or hourly; creating a blurring in consumers’ perception; meaning no-one will any longer be able to say which retailer is the cheapest. Not least because every shopper may get a different offer.

Of course, this could play into the discounters’ hands as they provide price clarity and reliability, unlike the others. But it can also undermine their price worthiness, one of their most characteristic features. Not necessarily because others are cheaper, but simply because there is no longer a conception of an adequate price. This is one of the many reasons why we are seeing the process of ‘supermarketisation’ at the discounters. They are trading up, moving into new territories of competence, away from price. Because a price, which was a point of reference and anchor for decades, may soon be as ephemeral and volatile as a bid in a Ricardo auction.