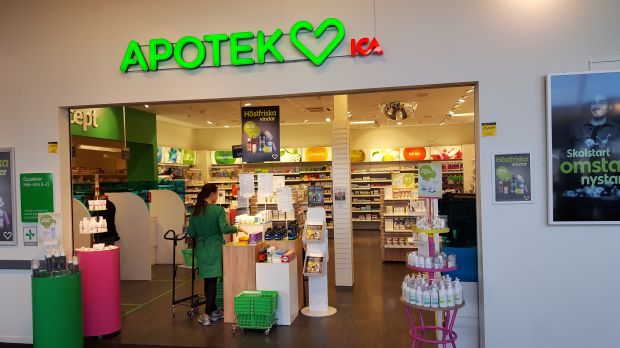 Ica Gruppen is to consolidate deliveries for online orders of grocery and pharmacy items. The service will be introduced as soon as technically possible, Anders Nyberg, the CEO of Ica-owned pharmacy banner Apotek Hjärtat, told Swedish magazine Market.

Market also reports that Apotek Hjärtat is to double its online assortment to 10,000 items, matching the offer of online pharmacy pureplayer Apotea. Click & collect will also be offered at 120 of the banner’s pharmacies,  with collection possibly available within a couple of hours of the order being placed.

This is the next step in realizing the synergies visualised by Sweden’s largest grocer when it bought Apotek Hjärtat in 2014. Rolling out pharmacies to complement its grocery stores, a joint loyalty programme, partly overlapping assortments and linking the Ica brand to healthy values is already completed or ongoing. The retailer has previously said it wants to increase the synergies and convenience of its different online services  and now it seems we will soon see this being implemented.

The initiative is also aimed to make the retailer better than the competition, both when it comes to groceries and pharmaceuticals. The fast-growing pureplayer Apotea is not able to offer order collections or convenient bundling with groceries and competing grocers cannot offer medicine online. Further, it is a preemptive strike against the intended rollout of online pharmacy Apohem by Sweden’s second largest grocer Axfood. Henrik Patzer, CEO of Apohem told Market that it’s possible the online pharmacy’s orders will be bundled with those of Axfood’s online grocery orders. The plan is that Apohem should be launched this spring, initially only selling non-prescribed medicine. 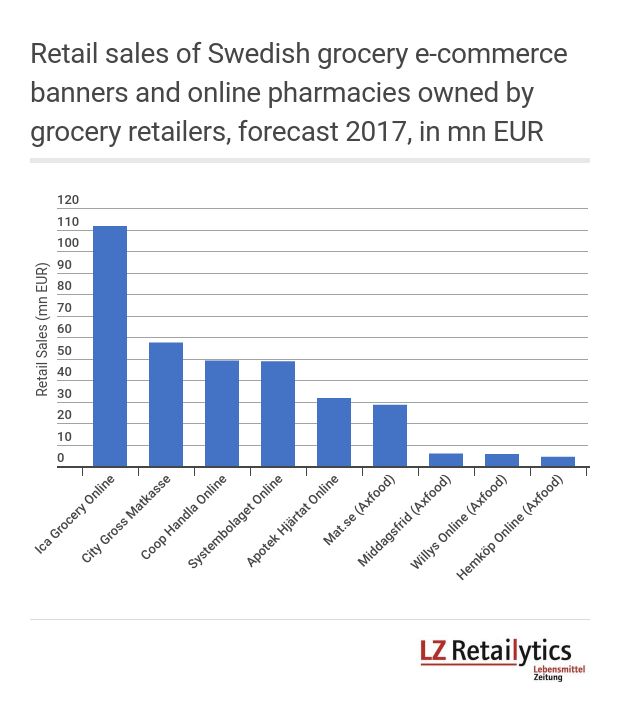 LZ Retailytics
According to LZ Retailtytics data, Ica Gruppen is ahead of all other bricks-and-mortar grocers when it comes to grocery e-commerce. Adding the already popular Apotek Hjärtat online offer to its service would benefit the growth of both.
We think that the convenience of a bundled order and fulfilment will become an important differentiator for both Ica Gruppen and Axfood going forward as well as saving costs. This goes for both home deliveries and the more popular fulfilment form in Sweden of click & collect. Offering everything conveniently in one place with a single delivery or pick-up slot is a clear trend and we can picture Ica Gruppen’s future e-commerce featuring one single basket for groceries, pharmaceuticals and non-food. This would likely increase the shopper loyalty for all three and decrease price sensitivity, through less comparison activity.