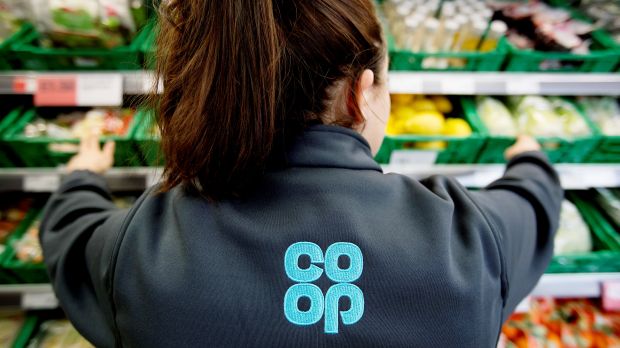 The Co-op Group
The Co-op which already has around 3,700 stores - some company owned and some run by regional societies - is looking to expand its presence in the UK convenience sector

Members of convenience chain Nisa have voted in favour of a takeover by the UK Co-operative Group. Nisa’s board recommended the deal last month, but for it to go ahead, it needed the backing of 75% of the shareholder’s votes. Ultimately, 75.79% voted in favour and so the takeover will now be passed to the Competition and Markets Authority for clearance.

The Co-op has agreed to pay up to GBP137.5mn (EUR 168mn) for 100% of the Nisa shareholding, plus costs of up to GBP5.5mn (EUR 6.7mn). It will also take on Nisa’s debts of GBP105m (EUR 128mn). Importantly, Nisa’s independent shopkeepers will be able to continue to run their stores as they wish, since the Co-op has said that it plans to operate Nisa as a standalone business.

Opinion Deal or No Deal?

Right up until the outcome was announced, no one in the UK convenience industry was quite sure as to whether the Co-operative Group would get the go-ahead to buy Nisa. The 75% voting threshold is high in any case, but it is particularly exaggerated here, where members have anywhere between one and 250 shares; and the requirement was that 75% of the votes (as opposed to members) were in favour. This meant that a small number of members had the potential to swing the vote; and in recent days there have been stories of a set of ‘rebels’ who were plotting to block the deal.

Ultimately, the merger is approved – just; with 75.79% of votes in favour of the takeover. For smaller members we suspect there will be a sigh of relief, with their future a little less uncertain as part of a larger entity, particularly in light of news today that the potentially game-changing Tesco/Booker takeover has just received the go-ahead from the competition authorities. The Co-op and Nisa’s board held a series of roadshows for members to outline the deal and answer questions and largely these seemed to have appeased most members' concerns, which mainly centred around payment terms and Co-op's more upmarket price image.

From our point of view, the deal has to be good news for Nisa. The Co-op is paying a generous price (many argue it has paid over the odds) and with Nisa’s scale limited, particularly following the recent loss of its biggest customer, McColls, it is questionable whether the retailer would have survived alone in the longer term. The UK market consolidation trend continues apace, with retailers seeking strength in combining operations to protect them from intense competition.

The Co-op deal allows Nisa’s retailers to maintain the independence they are so keen to protect, whilst giving them more options in terms of product range and access to Co-op’s well regarded private label lines, but without mandating where they source their products from. Realistically, it is doubtful that they could have got a better deal.

As for The Co-op, it has been vocal for some time about its focus on the convenience channel and its ambitions to lead it. This deal, supplying some 3,000 independent minimarkets, will get it significantly closer to this vision; expanding the retailer’s footprint, enhancing its buying power and strengthening its wholesale capabilities. For both parties, the scale and synergies of a combined entity will be key to future success – and possibly survival.