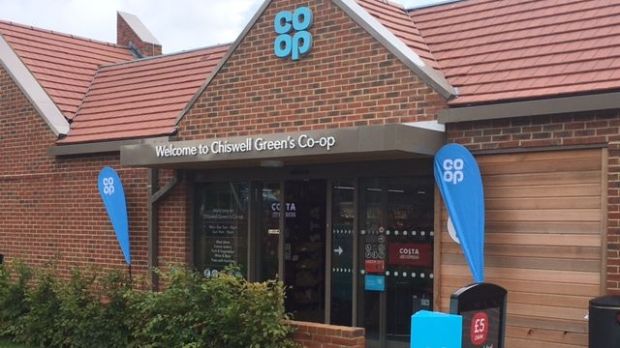 UK convenience retailer The Co-operative Group plans to open 100 new food stores and give a major overhaul to a further 150 outlets in 2018, representing total investment of GBP160mn (EUR195mn). The retailer has sold a significant number of its stores in recent years, including both larger supermarkets and its smallest food stores as it refocuses its food business on mid-sized convenience stores.

According to LZ Retailytics, The Co-op had 3,746 stores in 2017 (including both company-owned and those owned by its regional co-operative societies). 2018 is set to be a pivotal year for the mutually-owned organisation with its acquisition of Nisa convenience stores (subject to CMA approval) as well as its wholesale agreement to serve Costcutter’s network of 2,200 minimarkets.

Separately, The Co-op has announced a collaboration with bed and mattress manufacturer Silentnight to launch an online shop. According to Group CEO Steve Murrells, The Co-op is looking to “enter markets that are not serving people well and challenging existing providers”, as it has done with its Co-op Electrical business.

The Co-op plans to open 100 new stores in 2018. Rather than a new strategy, this is the continuation of a trend, with the retailer having opened a similar number in the last few years – ca.100 in 2017 (annual report not yet released), 112 in 2016 and 97 in 2015. The key difference for 2018 will be that there shouldn’t be a corresponding large number of disposals or closures this year, as the retailer is coming to the end of its reorganisation phase. Since the introduction of the retailer’s ‘True North’ strategy, it has been focussing its food business on convenience stores of around 250 sq m – and shedding stores that are either too much bigger or smaller than this.

Many of the larger stores that The Co-op has disposed of in recent years were gained through its disastrous acquisition of Somerfield in 2008, which had many stores that were either too large or in poor locations. In 2015, the retailer closed 91 ‘non- core’ stores; followed by a further 141 in 2016; and in 2017 it sold off 298 stores at the other end of the size spectrum (averaging 158 sq m) to neighbourhood retailer McColls. Following these disposals, the retailer’s total store count fell by around 200 in 2017 and 29 in 2016, as the new openings did not make up for the closures. In 2018 the proposed 100 new stores will represent a net gain in store numbers – and hopefully some solid growth to accompany it. It’s going to be a busy year as The Co-op will also need to work out how to integrate the Nisa business and supply Costcutter’s stores, which will give the retailer its biggest boost in store numbers yet.

Another key driver of growth will be enhancing the store standards right across the estate, so the proposed 150 refits should also not be underestimated in terms of importance to the retailer’s top-line performance. Over 500 stores have been refitted over the last 3 years but across a network of over 2,500 company-owned stores. That leaves many stores still in need of an update – key to driving basket spend and delivering on the group’s commitment to its private label range.

As for The Co-op’s new collaboration with Silentnight, this will of course be a peripheral activity, but it is nonetheless an interesting move as The Co-op continues to experiment with e-commerce, following the creation of a new digital division tasked with getting the Co-op ready for the 'renew' phase of business recovery. The retailer's electricals website has been completely overhauled and it has been a disruptor in the category through its approach to extended warranties, which it is selling to its customers at cost. If nothing else, the new venture could provide further learnings on e-commerce to apply to the wider Co-op Group.