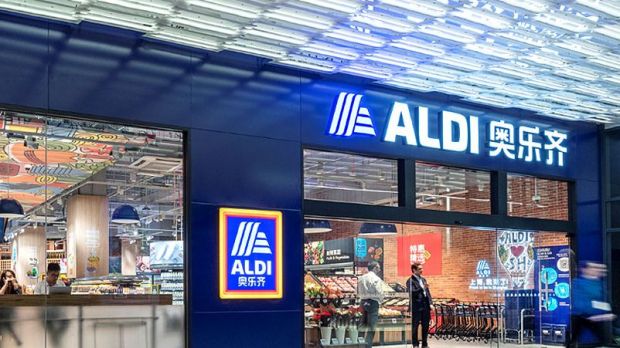 More than 250 employees work under the leadership of Aldi China CEO Christoph Schwaiger. The discounter currently operates seven neighbourhood markets in the port city of Shanghai. At the opening of the first store in June 2019 - after two years as an online pure player - Aldi planned to open about nine stores by mid-2020, according to Chinese suppliers. If the information is correct, the retailer would be slightly behind schedule today.

Aldi is the first German discounter to enter the country in 2017 "after years of market research and planning" and is proceeding cautiously with its expansion. According to estimates by retail experts, Aldi would need a sales network of at least 30 stores in the Shanghai area to achieve significant economies of scale.

No breakthrough without additional purchases

"Without acquisitions or entering into a joint venture with a local competitor, Aldi will not be able to grow fast enough in this rapidly concentrating market," says one expert.

However, China is not an easy market. It is considered complex and is heavily regulated by the Communist State Party at all regional levels. This is why some Western retailers like Tesco and Amazon have failed in this giant empire.

The Aldi stores in Shanghai with a population of 23 million are still officially referred to as "pilot stores". They offer a product range of more than 1,300 items, mainly food products.

The head office in Shanghai answered an inquiry by LZ to be "very satisfied" with the course of business in its stores so far.

Like other food retailers in the port city, Aldi's stores were allowed to remain open during the corona epidemic. The discounter is apparently profiting from new consumption habits of many consumers who have to work from home and prefer to shop at stores in their immediate vicinity.

Like almost all online retailers in the People's Republic, Aldi has recorded an "increase in online orders" during the crisis as well as panic purchases in its stores. Customers can place their digital orders via their own WeChat app and have them delivered to their home within a catchment area of 5 km.

Aldi cooperates with Alibaba subsidiary Tmall and online partners Ele.me and JD Daojia. Even before the Corona crisis, the e-commerce business has "grown continuously", according to Aldi.