City centres The return of the customer 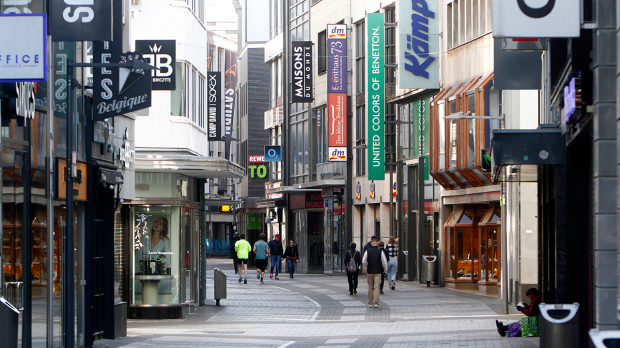 imago images / Ralph Peters
Last Saturday, German shopping streets were mostly as empty as Hohe Strasse in Cologne. Since this week's easing of the situation, they are slowly filling up again.

Frequencies in pedestrian zones more than doubled this Monday compared to the closing phase. This is according to a study by start-up hystreet.com in cooperation with consultancy Imtargis, both based in Cologne. However, the figures also show that the frequencies are still far from the levels seen in the period before the corona pandemic.

On the first day of reopening, frequencies were at 43 per cent on average compared to the same period in 2019, according to the study. The strongest increase was recorded in  Mainz. In the city was four times as much activity than during the closure phase. Significant increases were also recorded in Hamburg and Dortmund, each with 3.3 times the pedestrian frequency.

On average, the frequency in the shopping streets investigated increased 2.7 times. In cities where the extensive restrictions were maintained, the pedestrian frequency corresponded to the level of the previous weeks. Results for Berlin and Brandenburg are eagerly awaited, where shops will reopen on Wednesday. Bavaria and Thuringia will follow next week.

Declines of up to 90 per cent during the lockdown

The number of visitors to city centres has dropped dramatically due to the lockdown. In 17 cities, frequency slumps of up to 90 per cent have been noticed by the initiators of the study. These cities have been well-frequented shopping locations. The study is available free of charge at www.hystreet.com. The platform works with laser technology.