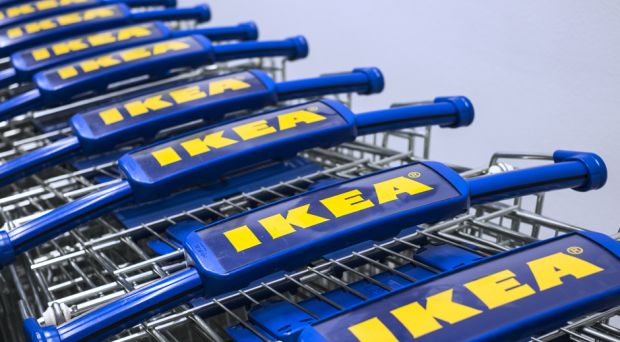 Artikel anhören
Facebook
Twitter
Mehr zum Thema
Digitales Einkaufszentrum
Ikea hat jetzt einen Shop auf Tmall
Coronavirus
Ikea schließt Hälfte seiner Möbelhäuser in China
Geschäftsjahr
Ikea Deutschland steigert Online-Erlöse um ein Drittel
Ikea is closing its furniture stores in Germany. The online shop is not affected, and digital boss Barbara Martin Coppola is working on increasing e-commerce sales this year.
Swedish furniture giant Ikea is closing all 53 stores in Germany as of Tuesday this week. The company aims to inhibit the spread of the coronavirus and protect employees, fulfilling its responsibility as a major retailer, Dennis Balslev, Managing Director for Germany, says in a press release. The measure is valid until further notice. As reported Monday, the German government, together with the federal states, had decided that a large number of shops would have to close. Among them are the Ikea stores.However, the online unit of the furniture store operator is to be continued, as is the customer service centre. Ikea also expects a strong boost for its online business. The press quotes Digital boss Barbara Martin Coppola as saying that online sales would double within one year thanks to the new strategy. Martin Coppola started her position in April 2018 to transform the company into a multi-channel player, after a three-year strategy had been launched. (dpa-AFX/hof)