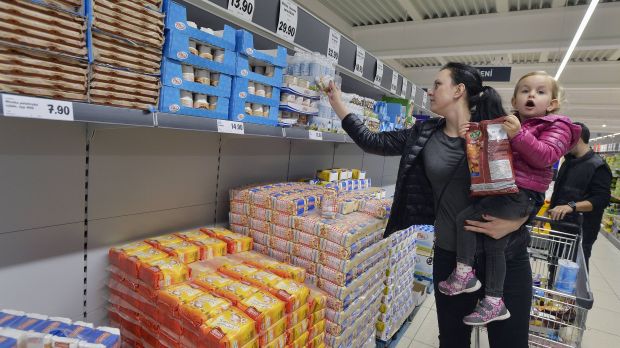 Lidl is now the number one in the Czech retail sector. In the 2018/2019 financial year (28 February), the discounter was able to increase its net turnover by 10.3 per cent to 57.7 billion Czech crowns (EUR 2.13 billion), according to current data from the Czech Ministry of Justice. The Czech Republic is the first country in Europe in which Lidl has achieved a leading position.

The discounter has replaced Kaufland at the top of the Czech food retail market. In 2018/19, Lidl generated almost more than EUR 50 million in turnover than its sister company. During the same period, Kaufland lost 2.5 per cent of its turnover and reached 56.3 billion Czech crowns (2.08 billion euros). This also led to Kaufland replacing the regional head of the company at the end of 2018. Now experts reckon the company is on the rise again.

According to LZ Retailytics, hypermarkets account for almost 35 per cent of the food trade in the Czech Republic. Consumer habits are changing away from one-stop shopping to more frequent purchases from local suppliers. This is one of the reasons why Lidl has recently started to expand into city centres, residential complexes and into smaller catchment areas in more rural areas.

The Czech market is considered to be one of the best developed in Central and Eastern Europe. The purchasing power in the country is growing steadily. Ten years ago, the Czechs were ranked 21st among the EU countries in terms of disposable per capita income, but last year they were already 16th - ahead of Slovenia and Portugal. This is also reflected in Lidl's current branch concept, which has developed significantly in terms of shopping ambience and product range.

At the end of February Lidl opened its first two-storey metropolitan store in the country with 1,500 square metres of sales space, including a coffee machine at the store entrance and an electric charging station in the car park. In the store, Lidl is targeting a lifestyle-oriented and more affluent clientele with niche products, among other things. In many stores, a special gondola head has been advertised for gluten-free articles. The organic range is also highlighted by Lidl.

According to the Czech President of the Union for Trade and Tourism, a large part of the investments of 20 billion Czech crowns (almost EUR 750 million) in recent years has been invested in the modernisation of existing branches. Even though many competitors have been able to renew their sales concepts and thus also improve their earnings, Lidl is well-positioned. With a pre-tax return of 8.5 per cent, the retailer clearly leads in a market segment in which the top 10 do not exceed 4 per cent pre-tax profit margin on average.