E-Commerce Online activities in the East 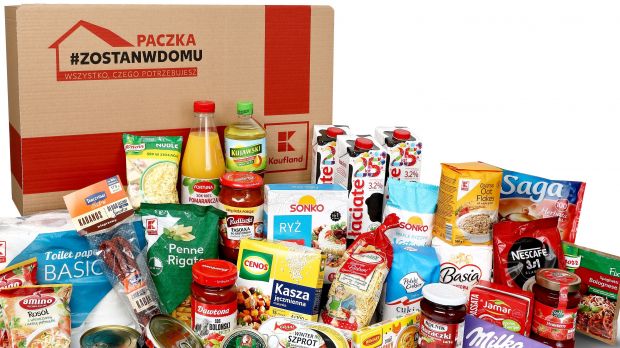 Shifts in demand and declining customer numbers are causing problems for traditional retailing in Eastern Europe. With new business models and alliances, mainly in the online sector, retailer want to overcome the crisis and help customers.

According to the Shop, delivery time is 48 hours maximum. The offer is one of the bestsellers in the online assortment. In selected test markets, Kaufland customers can also buy the crisis box directly in the shop. With a similar approach, French retailer Auchan offers three different packages in its Internet shop in Romania, including cleaning, basic foodstuffs and snacks.

Limited customer mobility is boosting e-food activities. Leading online pure player in Central Europe, Czech company Rohlik, is entering several new areas at the same time. On the one hand, the retailer has extended its delivery area from formerly almost ten Czech cities to the entire country, limited to dried foods and drugstore articles. As a result, Rohlik now processes 50 per cent more orders per day with 20 customers per minute than when the restrictions were first introduced.

Rohlik is also gradually adding restaurants to its Internet platform under the service "Croissant Bistro" and delivering meals to the front door or to the office. As a third major project by founder and CEO Tomáš Čupr is the initiative "Nakup bezpečně" (translated: Safe Shopping) in cooperation with the Ministry of Industry and Trade. As part of the programme, Čupr is making his e-shop technology available to smaller retailers nationwide, enabling them to introduce a Click & Collect service.

Almost all retailers are trying to get as close to the customer as possible. Polish market leader Biedronka, which previously operated over 3,000 stores without any online platform, is now delivering a range of 1,000 articles to ten different cities in cooperation with the delivery service Glovo.

Convenience leader Żabka has recently tested both direct deliveries and a Click & Collect service in 50 of its more than 6,000 stores. Russian market leader Pyaterochka, which is working on its own delivery service in Moscow, has announced that it will extend its pilot project to the entire capital within the next few weeks. Natural food specialist Vkusvill, which operates more than 1,000 stores in the Russian capital, is set to install its vending machines with up to 70 convenience items in residential buildings. Initially, the service was intended exclusively for business customers. Many retailers who work with delivery services such as Glovo or Szopi are expanding their delivery zones to include less densely populated catchment areas.

But not all initiatives are related to online activities: some companies in the region are strengthening their cooperation with smaller suppliers. Kaufland in Romania is reducing payment periods from 30 to 7 days and for fresh produce suppliers even from 7 to 3 days. Dixy Group, part of the third-largest grocery retailer in Russia, has set up a "Green Corridor" which shortens the listing process for small companies to 10 days. At the same time, Dixy is reducing the payment deadline for these suppliers to 5 days.

Wholesalers are also responding: In Russia, Metro C+C is cutting the lead time for new customers to 24 hours. In addition, franchisees under the Fasol flag can now order their goods via an app and have them delivered to the store.