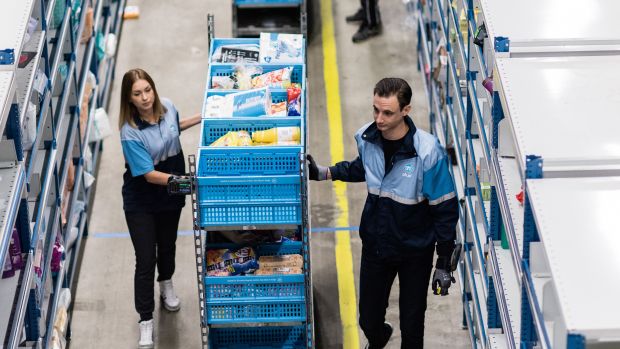 Albert Heijn
Albert Heijn is a professional: In the domestic market, the retailer has been delivering food for many years and has an efficient infrastructure.

Dutch market leader Albert Heijn now also supplies food in neighbouring Belgium. The retailer will start delivering in the Antwerp area in spring, as reported by "Retail Detail". The new service will then be rolled out gradually.

Albert Heijn already offers to order groceries online and take them to a pick-up station. Home delivery is now to supplement the offer.

"We have a proven principle: Dutch prices, a surprising assortment and personal service," the Belgian trade medium quotes Albert Heijn director Raf Van den Heuvel. The aim now is to use the delivery service to further expand this personal service - and thus to continue growing in Belgium.

Albert Heijn is regarded as a price-aggressive player in the neighbouring country, as the retailer has taken the domestic price structure with it in its expansion. The company is currently concentrating on the region in northern Flanders, which borders directly on the Netherlands.

The number two in the domestic market, Jumbo Supermarkets, has also recently entered the neighbouring country with a focus on low prices.