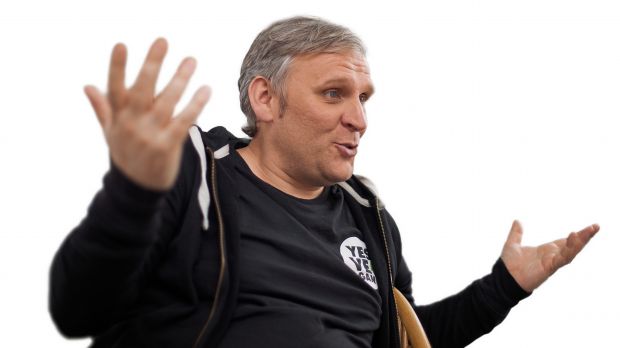 Founder Jan Bredack continues the transformation process of the wholesaler. "We are investing in our own production facility and have taken over a small manufacturing factory in Berlin," said the CEO of Veganz Group AG in an interview with Lebensmittel Zeitung.

The former start-up was converted into a public limited company in October, with Bredack himself as one of its main shareholders. Veganz supplies a large number of German retailers and cooperates with a number of contract producers. In early summer, the company plans to produce special articles such as vegan cheese in Berlin under its own management.

One of the first major customers for this line is likely to be Lidl. "The Veganz Group AG will intensify the cooperation with Lidl and is planning nationwide promotions with the discounter next spring," says Bredack. Especially chilled products such as cheese, sausage and fish alternatives are to be offered at the discount store. Lidl has already been testing a partial assortment in Hamburg stores for some time. The tests with Aldi, however, are currently not being expanded, according to reports. Veganz is growing at a fast pace and is attracting new retail partners. To secure its growth, the company needs fresh capital and is now starting to place a bond on the Frankfurt Stock Exchange. The bond with a volume of EUR 10 million has a term until February 2025 and carries a high interest rate of 7.5 percent per annum. A crowdfunding campaign is also under way.

Bredack launched his first TV campaign last fall, as well as a roadshow for investors, was recently a guest on a popular talk show in Germany, and will soon be present at the World Economic Forum in Davos at SAP's invitation. "We are on the right track and have above-average growth potential as a vegan brand," says Bredack, and is now promoting the green business idea on the financial stage. In order to put veganism on an international growth path and attract further investors, the CEO has recruited previously well-known top managers from industry and trade to the supervisory board.

However, the company is still in the process of repositioning itself, has shrunk its own retail network to three stores in Berlin and is now concentrating entirely on its role as an international brand after having lost sales and earnings in previous years. In 2019, sales rose by around 30 per cent. "In the coming year, we aim to achieve double-digit growth of EUR 40 million in sales and a positive result on EBITDA basis," says Bredack. The turnaround in earnings has been postponed by one year due to increased expenses such as those for the TV campaign. According to the bond prospectus, the loss in 2019 will be reduced from EUR 5.4 million to around EUR 2.8 million, net debt will amount to EUR 15.3 million.

Around 90 per cent of the proceeds currently come from on Germany, Austria and Switzerland. However, the remaining portfolio with 25 countries is growing faster, albeit on a lower basis. "This year, Veganz is starting with Pick n Pay in South Africa, is preparing to enter the Japanese market with 7-Eleven and also wants to expand further in the Arab region," says Bredack. The vegan brand is also venturing into new retail formats again and is planning a pop-up store on Berlin's Ku'damm.