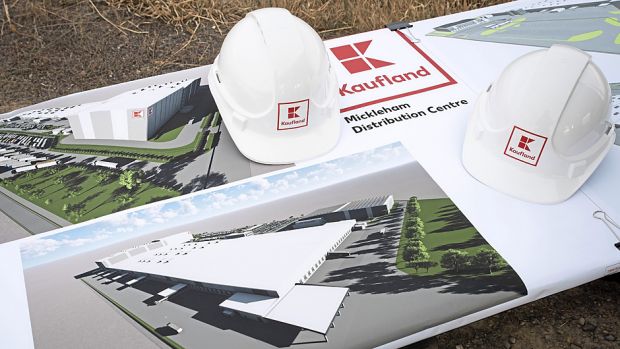 Kaufland
Feel the local media bring new reports about applications for the construction of Kaufland branches in the states of Victoria and South Australia every two weeks.

Artikel anhören
Facebook
Twitter
Mehr zum Thema
Australien
Kaufland treibt seine Expansion in Queensland voran
Verkaufsflächen gesichert
Kaufland kommt in Australien voran
Umsatzentwicklung
Aldi wächst in Australien zweistellig
Kaufland is submitting building applications in an increasing number of states ahead of its expected entry into Australia in 2021. In return, Aldi increases the pace of expansion. In the longer term, German food retailers could even shake the duopoly of the market leaders Woolworths and Coles.
Kaufland prepares for expansion in Australia and secures more and more branch locations for the planned launch in Australia. Feel the local media bring new reports about applications for the construction of branches in the states of Victoria and South Australia every two weeks. Just days ago, they reported on an application for the construction of a 4000 sqm hypermarket in Toowoomba, west of Brisbane in Queensland.

Upon request, Kaufland only confirms building permits for three branches. The markets will be established in Epping (New South Wales) and Chirnside Park and Dandenong (both Victoria).

At the end of May, construction began on a distribution centre in Mickleham, north of Melbourne in the state of Victoria. The facility covers a total property area of around 28 hectares. In its final stage the building can reach up to 115000 sqm in total. The distribution centre will serve the states of Victoria, Queensland, New South Wales and South Australia.

According to country chief Julia Kern, the initial investments in Down Under amount to about 450 million Australian dollars (275 million euros). It is not expected to remain that way. The application for the opening of a first store in Queensland indicates the increasing scope of the expansion plans. Previously, the building applications of the Melbourne-based discounter only applied to the states of South Australia and Victoria in the south of the country.

Kaufland may also soon be active in New South Wales

The trade expert Professor Gary Mortimer expresses in the local media the suspicion that Kaufland also negotiates with city councils in New South Wales, but without naming concrete locations. This would extend the future distribution network of the discounter to four federal states. Mortimer estimates on LZ inquiry that Kaufland wants to start already at the end of 2020 and will be present in the following year with ten branches in the country. By 2024/2025, the expert expects a further 15 stores and a second distribution centre.

From a German perspective, however, this forecast appears to be quite conservative. In Germany, Kaufland's seven distribution centers serve a total of more than 670 stores with areas ranging from 74,000 sqm to 92,000 sqm. That is an average of about 96 markets per centre. However, the realisable area of Kaufland's first distribution centre in Mickleham is still a quarter larger. Of course, the drop shipment business generated by the industry will be some way lower than in the home market. In purely mathematical terms, however, the large-area discounter could supply up to 120 hypermarkets from this location alone.

Such dimensions have apparently prompted Aldi South to accelerate its expansion to some thirty new markets per year since 2001 and to extend it to the states of South and Western Australia. On the east coast, where Aldi is already relatively strongly represented, the discounter is investing above all in the modernisation of the existing network. Upon request, Aldi Stores confirms a current number of 540 stores.

Aldi's brisk pace of expansion could even overturn the traditional duopoly of full-range Woolworths and Coles by 2030. This is the conclusion reached by British loyalty system provider Dunnhumby as part of a study of the Australian grocery retail market. Aldi Stores, based in Minchinbury, New South Wales, is already one of the Big Five in the industry.

According to estimates by the retail market researchers at Roy Morgan, Woolworths and Coles still have proud retail market shares of around 34 and 27 percent, respectively, compared with around 11 percent for the German discounter. "But Aldi is growing three times faster than full-range retailers," says Dunnhumby expert Keri-Jane Jacka in the local media. "According to its current rate of expansion, the discounter could double its market share in the next ten years."

Coles and Woolworths have been left behind

According to Dunnhumby, such an increase in market share would also be at the expense of Coles and Woolworths. This means that Aldi and the country's two most important retailers today could each have a retail market share of 22 to 28 percent over the next ten years.

According to this forecast, the challenger from Germany should seriously shake the long-standing duopoly of the two traditional dealers in just under three decades. "Aldi would thus rectify a power constellation that is unusual in international trade comparison," Pippa Kulmar, co-director of the RetailOasis consultancy, told the daily Sydney Morning Herald.