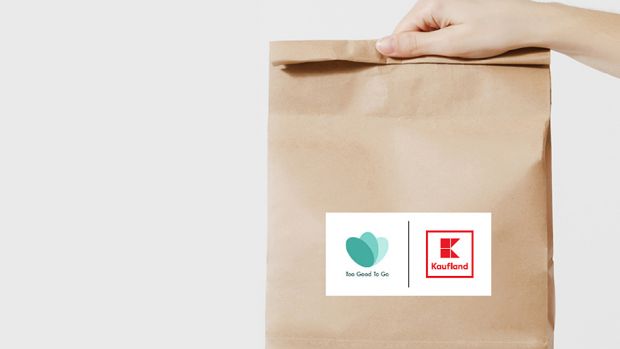 Artikel anhören
Facebook
Twitter
Mehr zum Thema
Expansion
Kaufland startet in der Republik Moldau
Eigenmarkensortiment
Kaufland listet Schweinefleisch aus Außenklima-Haltung ein
Eigenmarken
Kaufland baut K-Favourites-Sortiment aus
German hypermarket chain Kaufland and the food saver app "Too Good To Go" are joining forces. The app specialises in offering food online at a reduced price shortly before store closing time.
Kaufland expands its commitment to food waste and has started a cooperation with the "Too Good To Go" grocery app. According to Kaufland, "Too Good To Go" specializes in offering groceries online at a reduced price shortly before store closing time and thus saving them from the garbage can. "Food that has not yet been sold in the Kaufland snack bars of selected stores shortly before closing time can be purchased by interested customers as a kind of 'wonder bag'," explains Fabian Schinke, responsible for retail gastronomy at Kaufland.

Products which normally cost around 10 Euro would be sold at 'Too Good To Go' for 3 Euro. The products offered include small packages with snack items such as sausages, sausages, hot dogs, Leberkäse, steaks or schnitzel.

The new service is now available at the snack bars of five Kaufland branches, namely in Aachen, Bad Dürrheim, Bad Kreuznach, Heidelberg-Rohrbach and Oranienburg. If the concept proves its worth, Kaufland will also bring the partnership to other locations. Customers could check the offer via the mobile app. Payment would also be made by mobile phone. With the proof of purchase, the customer then picks up the order at the Kaufland snack bar fifteen minutes before closing time.

Kaufland has already launched other initiatives in the past to combat food waste. These include, for example, the sale of visually less perfect fruit and vegetables, the transfer of food to local tables and the conversion of the merchandise management system. In addition, articles would be sold or donated at reduced prices before the best-before date. (hof)