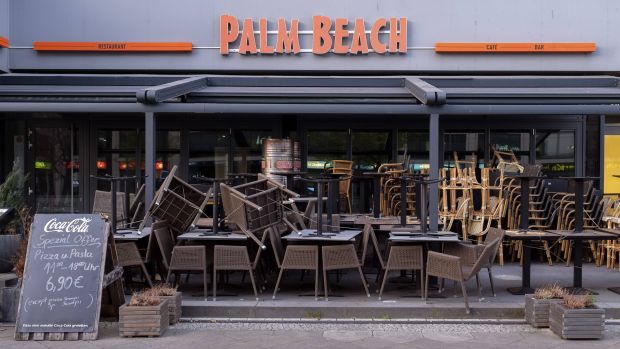 imago images / Lars Reimann
The food service trade is focusing on the plight of the gastronomes.

The ongoing shutdown requirements for the ailing restaurant industry has put the sector into action. In an urgent letter to German Chancellor Angela Merkel, the Foodservice Wholesale Association is campaigning to save the country's restaurants, pubs and catering companies, supported by its 20 members, including Metro, Transgourmet and Chefs Culinar, as well as suppliers and top chefs such as Tim Mälzer and Tim Raue. They are calling for a large-scale review of the aid provided to date to around 220,000 restaurant businesses with 2.4 million employees that are suffering severely from the consequences of Corona.

The signatories of the letter demanding that the federal government "enable a new start for responsible gastronomy". Industry body Foodservice criticises that politicians have not yet given sufficient consideration to the problems of the gastronomy and caterers. At the weekend, the hotel and restaurant association warned that every third hotel and catering business is threatened with insolvency and called for a rescue fund, which could extend the already existing emergency aid and be an "effective instrument of stabilization".

"Every week of lockdown leads to considerable loss of earnings, growing liquidity bottlenecks and massive worries about the future for entrepreneurs and their families," the letter goes on, and will "lead to an unprecedented wave of bankruptcies in this industry". The "fragile interim success" the Chancellor referred to "must not be jeopardized".

The foodservice sector wants a"careful new start" for restaurants, bars and cafés, supported by the federal government,  to save the country's restaurants, pubs and caterer. "Politics must act, otherwise it risks the decline of the foodservice industry, which will affect the entire value chain from the supplier to the wholesaler," warns a C+C trade manager.

C+C and delivery retailers have already lost 70 to 80 per cent of their sales in the important catering business. This is forcing the entire industry to introduce short-time working. Hospitals, retirement homes and individual canteens are still being supplied by the delivery specialists. But foodservice sales have also crashed with daycare centres, schools, tourism providers such as hotels and cruise ships.

The foodservice industry has thus been holding intensive talks with authorities and decision-makers, including in Brussels, to draw attention to the shortfall of the catering businesses.

Hygiene measures in the catering sector

To be able to restart step by step while complying with the Corona hygiene measures, C+C and foodservice retailers have already drawn up a number of suggestions. They range from equipping catering staff with face masks and gloves, significantly reducing the number of tables in restaurants, placing guests in the same way as in the USA and selling only plate dishes. "All this can be regulated, now it's the turn of politics," says a food service manager.

The signatories have linked their appeal with a petition: Under #restartGastro, the initiative is looking for more restaurateurs and citizens who support the demand for a "perspective for a mindful restart of gastronomy" and an "honest and open dialogue on a 'new normality' for the gastronomy" with Angela Merkel. The letter ends with the promise: "You can count on our support for the revitalization of the gastronomy in Germany, Chancellor".