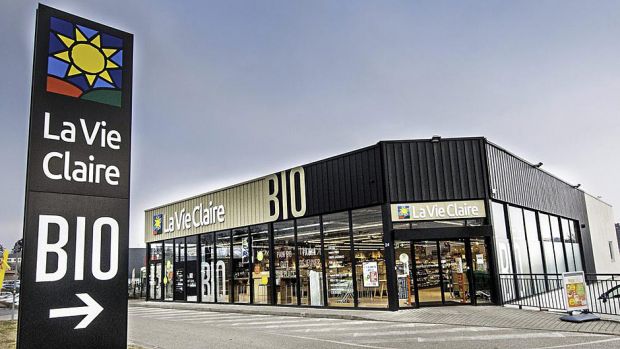 
Traditional retailers in France are advancing into the lucrative organic business. National giants such as Carrefour, Leclerc and Auchan are becoming more and more dominant in the domestic organic segment, which is said to be worth 8 billion euros.

In 2018, major retailers increased their sales by a total of 21 per cent compared to the previous year. On the other hand, the organic specialists were able to grow by "only" about 14 percent on average. According to market researcher Kantar, the market share of the traditional retailers is now at least 46 per cent.

In addition to selling organic products on their own premises, full-range retailers also want to establish their own ‘organic’ concepts. Pioneer is Casino, which took over today's number four among organic specialists, Naturalia, ten years ago and opens 20 to 30 new locations every year. Retail leader Carrefour launched "Carrefour bio" in November 2016 and has opened more than 20 branches since then. France's leading cooperative retailer E. Leclerc, which launched its own subsidiary at the end of 2018, has six stores under the "Le Marché Bio E. Leclerc" banner.

Not everyone likes to deliver

However, many suppliers and farmers are apparently struggling to supply the new organic subsidiaries of large trade groups. This situation has forced Le Marché Bio E. Leclerc to deviate from the parent company's traditionally aggressive pricing strategy. Intermarché, another price-aggressive dealer cooperative, solved this problem by means of a participation and has joined the second largest bio specialist, Les Comptoirs de la bio, with a 16 per cent stake.

The organic subsidiaries of conventional retailers are not yet outstripping the larger specialist store operators. Trade magazine "Linéaires" counts a good 13 national and 16 regional specialists, whose approximately 2,700 shops generated sales of around 3.1 billion euros last year. Biocoop, with its 590 stores of the same name and net sales of 1.2 billion euros, is the clear market leader in this segment.

However, the share of specialist store operators in the national organic market fell by 2 percentage points to 34 percent in 2018. If Carrefour, E. Leclerc and other full-range companies implement their ambitious expansion plans with their own organic subsidiaries, the golden pioneering days of the specialists will probably be over in the future, according to reports.

However, not every traditional retailer wants to start with its own organic concept. France's third largest dealer cooperative, Système U, claims 'strategic reasons'. "We do not want to participate in any further fragmentation of the food retail market. The average customer already shops in seven to eight stores per month," says CEO Dominique Schelcher. "Instead, we want to concentrate on expanding our organic range and creating organic corners on our sales areas."

Retailer Auchan, which has been operating two of its own organic markets under the "Cœur de Nature" logo in Paris since 2012, is also leaving it to tests in the segment. The grocer does not want to expand the project. "For the past five years, sales growth with organic products has taken place mainly in the full range assortment," is the reason behind the decision.