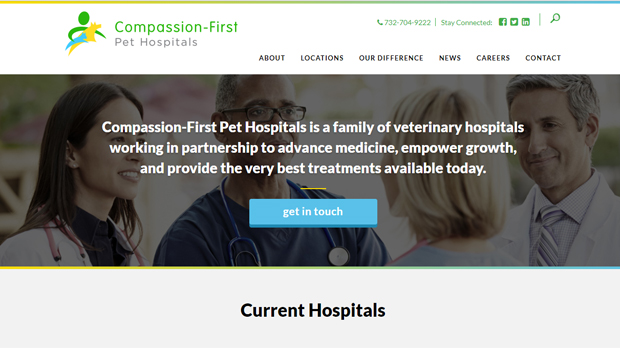 LZ-Screenshot
The investment holding company of the Reimann family, JAB, already invested in an operator of US veterinary clinics at the beginning of the year.

JAB Holding intends to collect up to eight billion US dollars from investors in order to create capital for acquisitions in the consumer sector. The Financial Times writes that the expansion in the areas of pet care and veterinary clinics is one of the reasons.

JAB last invested in its business with animal clinics at the beginning of this year. The company acquired a stake in the operator Compassion-First, which operates 41 veterinary clinics and treatment centres in the USA. According to the report, the investment holding

company of the Reimann family had already begun to address investors. There are talks about sovereign wealth funds, universities with foundation assets and wealth advisors from wealthy families. The money is to flow into the consumer goods fund that JAB founded in 2014.

According to the media report, the consumer goods fund has collected 11.4 billion dollars from investors in the past. Singapore's sovereign wealth fund GIC, the investment company Temasek and Hewlett-Packard, among others, are named as donors of the three previous financing rounds.

In addition, JAB has hired a fresh top manager. David Kamenetzky, a former AB InBev executive, recently took up his post as Chairman of the Board and mediator between the Reimanns and JAB's managing partners, writes The Financial Times. (hue)