Investments Globus to grow in Russia 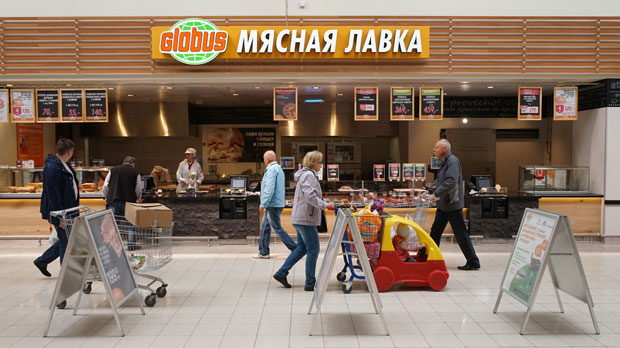 Globus plans to expand into new regions of Russia. There are considerations to go to "Southern Russia, St. Petersburg and the Volga region", said managing CEO Thomas Bruch without mentioning a specific point in time.

So far, the big-box retailer has focused on the Moscow metropolitan area. 13 years after its market entry into Russia, Globus operates 15 markets within a radius of about 280 kilometres around the Russian capital. The 16th is due to follow this week. In the coming months, a new hypermarket in Kommunarka in the south of Moscow and a new logistics centre in Pushkino in the north of the city will also be connected to the grid.

According to Bruch, Russia is the "investment focus" within the Globus Group. How much money the company would like to invest in the current fiscal year 2019/20 (June 30), was not revealed. The planned logistics centre will cost around EUR 80 to 100 million in the final expansion stage, according to CFO Christian Heins. The transshipment centre is to comprise 80,000 square metres of warehouse space and create around 900 new jobs.

"Well on the way"

According to Bruch, Globus is "well on its way" in Russia. Although euro sales stagnated at EUR 1.43 billion in the 2018/19 financial year. According to management, however, the sideways movement is due solely to exchange rate effects caused by the weakness of the Russian rouble. Calculated in the local currency, the company reported a 6.4 per cent increase in sales to RUB 107.01 billion. The company emphasizes the bill in rubles. The stagnation in the euro account is not decisive, since Globus is said to act like a domestic trader in Russia. For example, they also buy locally and thus in rubles.

Russia is the Group's most profitable trading division: According to the most recent annual financial statements of Globus Holding for the 2017/18 financial year published in the Federal Gazette (Bundesanzeiger), in which not all Group companies are fully included, Globus Russia generated EBIT of 89 million euros with sales of 1.25 billion euros. The nucleus of Globus, the hypermarket division under pressure in Germany, came to 2.7 billion euros in sales and 11.5 million euros in EBIT.