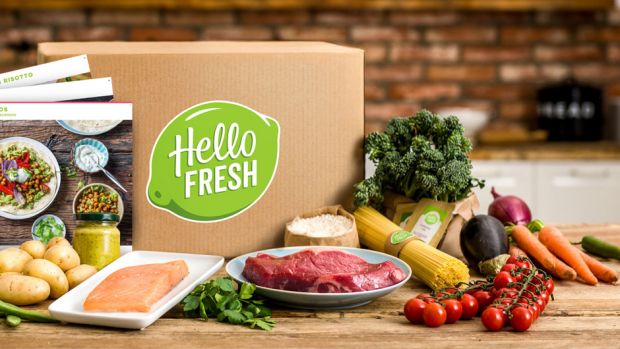 Hello Fresh
The entry into the Scandinavian country is part of Hellofresh's announced global growth strategy.

Artikel anhören
Facebook
Twitter
Mehr zum Thema
Fleischalternative
Hellofresh und Beyond Meat kooperieren in den USA
Zweites Quartal
Hellofresh zeigt sich optimistisch fürs Gesamtjahr
Erstes Quartal
Hellofresh mit zweistelligem Umsatzwachstum
German meal-kit provider HelloFresh is expanding into Scandinavia and has started to offer its service in Sweden, attracted by around 4.7 million households that could potentially be supplied. The Berlin-based start-up is now operating in 12 countries worldwide.
Hellofresh expands into the north of Europe. From now on, the meal-kit company will also be present in Sweden. With around 4.7 million households that could potentially be supplied, the state is a very attractive market, emphasises the Berlin-based company. HelloFresh ships the cooking boxes from its production site in Helsingborg in southern Sweden.

Sweden is considered the mother country of the Kochboxen idea. Middagsfrid and Linas Matkasse already started there in 2007 and 2008, respectively, with the concept of sending food and recipes as subscriptions.

The expansion is by no means surprising. It is part of the global growth strategy that the company has been pursuing for some time. HelloFresh, for example, opened a branch in New Zealand in 2018, the year before in Luxembourg. In 2016, the Berliners already expanded into Canada and Switzerland.

For the second quarter of the current fiscal year, Hellofresh reported an increase in sales of 37 percent to EUR 437 million. At EUR 18.3 million, the start-up was able to report a positive operating result for the first time. Most recently, the mail-order company for cooking boxes reported around 2.4 million active customers. This corresponds to an increase of about one third compared with the same quarter of the previous year. (jeb)