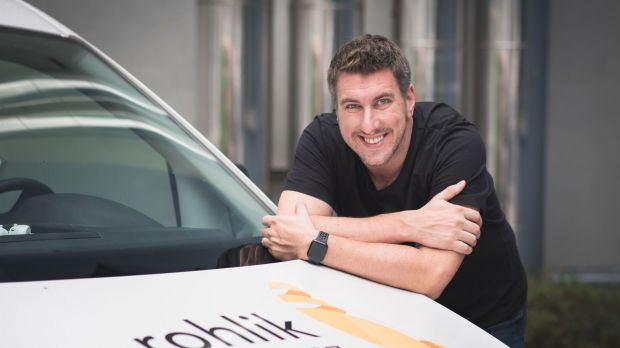 Czech online food retailer Rohlik.cz plans to enter the German market within the next three to five years. "This is one main target for me", says Tomáš Čupr, CEO and co-founder of Rohlik. The pure player has only recently been launched in Hungary, which has been the first foreign market for the Czechs. The company also plans to enter the market in Vienna and Bucharest this year, the company announced.

Čupr sees product range selection and delivery speed as the two decisive competitive advantages of Rohlik, especially compared to long-established retailers who operate online shops. In nine cities in the Czech Republic, delivery takes place within two hours, in Budapest it is three hours. In contrast, the Hungarian online shops of international retail giants such as Tesco, Auchan and Spar all deliver on the day after the order is placed.

"We have developed our own IT system, which helps for highly effective planning for the last mile," says Čupr. This enables the company to "deliver in the shortest possible time and be profitable and is a fundamental differentiator from the competition". Rohlik has been on the market since 2014 and, according to balance sheet data, reached the 100 million euro net sales mark in the 2018/2019 financial year.

For the first time since its foundation, the online grocery retailer was in the black, albeit only just. In the current year, the retailer even wants to achieve 4.5 billion Czech crowns (almost 180 million euros), which would mean an impressive growth spurt of 80 per cent.

An IT specialist becomes a dealer

"We are clearly an IT company that has learned retail," says Čupr. Rohlik carries more than 8,000 articles, including a full range of fresh products. The company works with many regional suppliers and also cooperates with local bakeries and butchers. The focus is always on user-friendliness.

On the website, customers can choose from hundreds of recipes and move the ingredients into their shopping cart with just a few clicks. The retailer reacts quickly to new trends. "For example, we were the first to list eggs from caged hens," says Čupr. Rohlik also offers "an uncomplicated money-back guarantee if customers are not satisfied with the product quality". The pure player has recently started supplying business customers as well. Under the Rohlik Fresh Partner programme, the retailer delivers fresh goods to companies - and has started to set up refrigerated collection stations in Prague office buildings.

Through his investment company Rohlik Investment, Tomáš Čupr holds more than 70 per cent of shares in the company according to an official report dated end of April 2019. Industry experts assess the current market conditions in the Czech online segment as positive. Although the local food retail market is dominated by a dozen or so foreign retail groups, only the British full-range retailer Tesco has significant e-food activities in the country.

However, Tesco’s online net sales, which were last estimated at EUR 35 million, still account for only about one third of Rohlik's revenues. The US giant Amazon has not yet become involved in the approximately 11 million inhabitant market. In this market gap, Rohlik sees good opportunities with tech-savvy Czech customers.