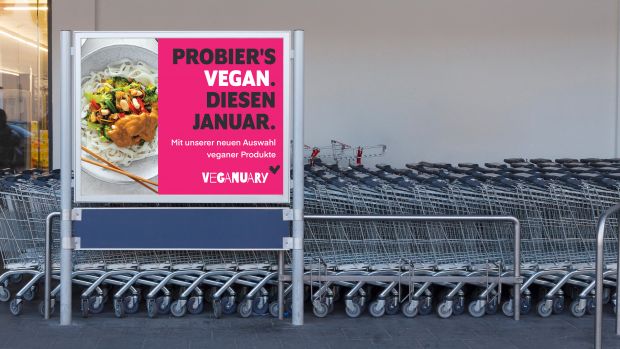 Veganuary
In the new year the veganuary will be available at a large discount store.

The times when the retail trade focused on diets and sports at the beginning of the year may be over. Because there is a new theme that gives hope for buying impulses in the lucrative time of good intentions.

2020 is the first year where German consumers can commit to 'veganuary', which means changing their diet to vegan in the month of January. The campaign is organized by a non-governmental organisation of the same name, supported by various celebrities such as Alicia Silverstone or comedian Kaya Yanar.

"The main goal is not that one person becomes particularly vegan, but that a large impact is achieved by the participation of as many people as possible worldwide", explains the Veganuary CEO Ria Rehberg. The goal is to have 350,000 participants register on the organisation's website in 2020. The CO2 savings would then be equivalent to 450,000 flights from Berlin to London, according to Rehberg

The initiative has its origins in the United Kingdom. After five successful years, the organization has now activated German companies for the first time, said Rehberg, including retailers, who will be highlighting their vegan product ranges at the beginning of the year. 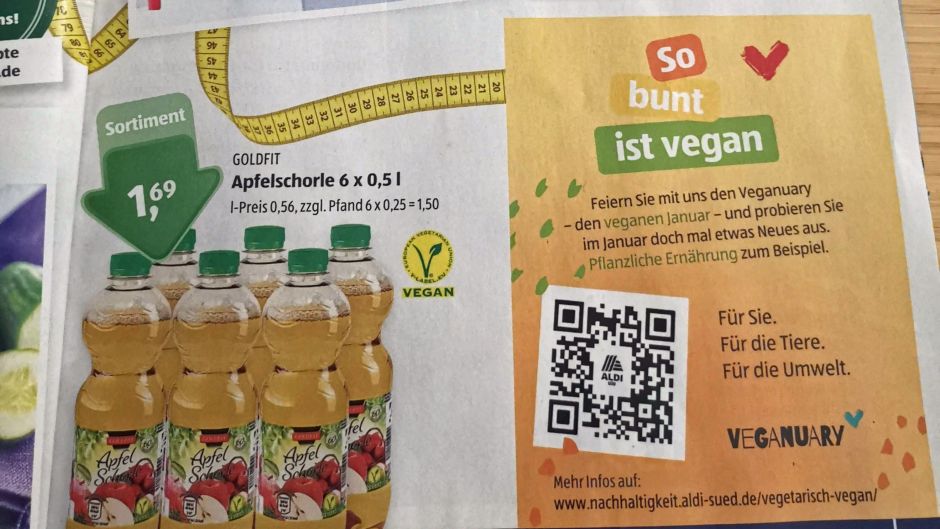 nis
Aldi draws attention to the veganuary in the current advertisement.

The Veganuary team wants the Monthly Challenge to be held annually in Germany from now on. "To be honest, however, we hope that the veganuary will abolish itself at some point because then it will have become normal that vegetable products are part of the diet," says Rehberg. "But until then, we'll definitely keep at it."