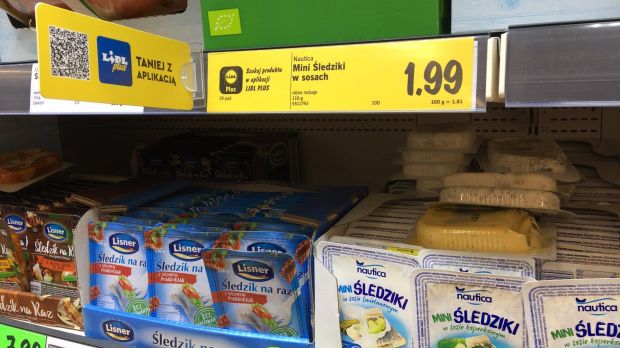 Lidl is permanently reducing the prices of 300 private label products in Poland. With the announcement, the rapidly growing German discounter is sending a clear signal to market leader Biedronka in the battle for price leadership. Just recently, the Polish subsidiary of Portuguese conglomerate Jerónimo Martins has announced a price reduction of 100 items on a long-term basis. Both retailers are anticipating a drop in VAT rates for a large number of basic foodstuffs, which was set for the beginning of April.

Lidl can easily afford price reductions. In the 2017/2018 financial year, the discounter achieved a pre-tax yield of 5.8 per cent, as shown by figures from the Ministry of Finance. The average pre-tax return of the top 10 food retailers in Poland was 1.04 per cent in the same period.

The topic of pricing is particularly explosive in Poland. At the end of 2017, Lidl came under criticism when the national market researcher TakeTask compared its private-label prices in Poland and Germany - and found that the average price level of a comparable shopping basket at the discounter in Poland was 10 per cent higher than in Germany.

Random price comparisons by LZ for 15 basic foodstuffs in a Berlin Lidl branch with Polish Lidl prices comes to a similar conclusion. In contrast, the latest available price level index for food from Eurostat for the year 2018 shows Germany at 102.4 and Poland at 67.8.

International retailers in Poland are increasingly suspected of price gouging. The latest data from the Federal Statistical Office CIS in Warsaw show that the consumer price index jumped by 4.7 percentage points in February, after an average of 2.1 per cent last year.

On a monthly basis, this is the largest jump in inflation in almost ten years. According to market and country experts, the issue is partly politically driven and is partly due to the upcoming presidential elections in Poland in May. Experience has shown that popular nationalist tones are often played at the expense of foreign retailers.