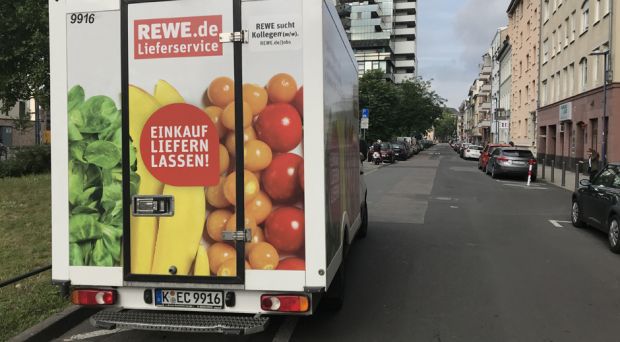 Rewe increases the popularity of its delivery service. With immediate effect, the grocer is offering a so-called "Same Day" delivery for consumers in the city centres of Berlin, Hamburg, Hanover, Cologne, Düsseldorf, Frankfurt, Munich and Mannheim. If they buy on rewe.de or by app by 1 p.m. at the latest, they can opt for a free delivery window from 5 p.m. for the same day. As usual, customers can choose from around 12,000 articles, including fresh products, frozen products and beverages. Compared to the regular delivery, the "Same Day" offer should not cost any extra, according to the company.

The 'Same Day' concept has been tested in various pilot projects in selected regions for a long time, says Drasko Lazovic, Director Delivery and Collection Service at Rewe Digital. These test runs have shown that customers have a variety of reasons for using the online service: "For a small proportion of our customers, the 'Same Day' option is currently important when making a purchase decision," explains Lazovic. However, the majority are still planning their weekly purchases for the longer term.

Rewe is thus upgrading its delivery offer with a service that many competitors already offer - albeit in more cities than most of its competitors. Getnow's "same day" offer, which is currently available in six cities, is similar in scope. However, nationwide expansion is right at the top of the start-up company's agenda. Amazon Fresh delivers in four cities: Berlin, Potsdam, Hamburg and Munich. Bringmeister (Edeka) and Amazon Prime Now limit their short-term food deliveries to Berlin and Munich. While the former offers this on the same day, Amazon delivers in a maximum of two hours. (yeb/yh)