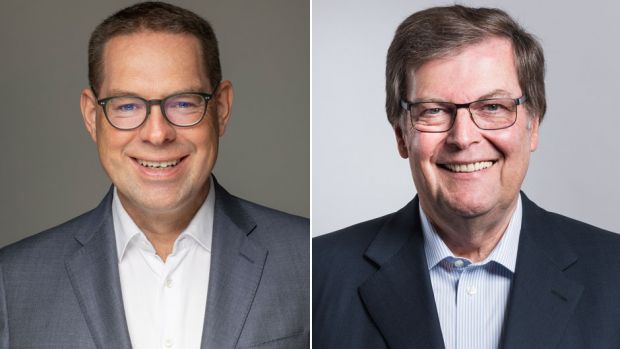 Artikel anhören
Facebook
Twitter
Mehr zum Thema
Schwarz Gruppe
Melanie Köhler steigt auf
Schwarz-Gruppe
Gehrigs Nachfolge ist geregelt und bleibt offen
Klaus Gehrig, CEO of German retail giant Schwarz Group, has announced his successor. His deputy Gerd Chrzanowski will be at the helm with immediate effect. Melanie Köhler will also be promoted.
The change at the top has been in the making for more than a year: In spring 2019 Gerd Chrzanowski was appointed Klaus Gehrig's deputy. This marked the way forward. With immediate effect, Chrzanowski will now be trained in his new role alongside Klaus Gehrig. "In the past, Gerd Chrzanowski has proven his personal, professional and above all strategic qualities in various management functions and tasks," said Gehrig.

Chrzanowski was a member of the Lidl Executive Board from 2008 to 2014 before taking over the management of Schwarz Zentrale Dienste. Melanie Köhler, Chrzanowski's deputy to date, will take over as Chairman of the Management Board of Schwarz Dienstleistungen. In recent years, group-wide service structures have been established in the company.

At the head of Lidl and Kaufland, the two CEOs, who have so far only been acting provisionally, are confirmed in their positions. Ignacio Paternò for Lidl and Frank Schumann for Kaufland are now CEOs of the divisions. At Kaufland, Stephanie Griesbaum is also promoted to the position of Deputy Chairwoman of the Management Board.