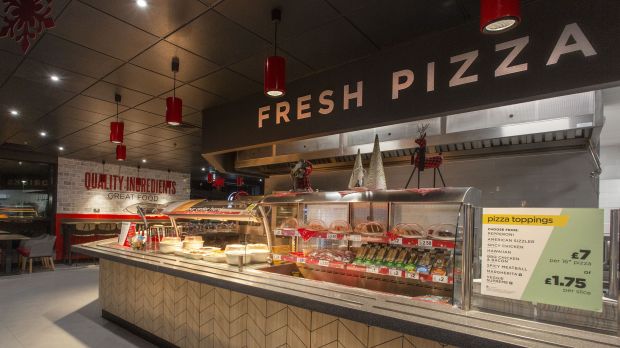 The US retail giant Walmart wants to get its British subsidiary Asda up and running for the planned IPO in London and is making cuts. In addition to staff cuts, the retailer also wants to reduce operating costs, particularly in its unprofitable meat and fish departments. The number three in British food retailing intends to replace the meat and fish service counters in 150 superstores with "food-to-go" counters by the end of the year. The retail company had already tested this offer in 13 branches in 2019.

The new counters will offer a site-specific selection of food-to-go products such as piri-piri chicken, pizza, meat pies or sushi. With food partners such as Just Eat or Sushi Daily, orders can be delivered to the customer's home if desired. In addition - following the example of a model branch in Edinburgh - more and more locations will offer gastronomic services with seats. "With international cuisine, we want to tailor our overall offerings better to the lifestyle of today's clientele," explains Divisional Manager Elizabeth Ruddiman. Asda stresses that the introduction of the new counters should not be accompanied by layoffs in the stores.

"Asda's decision for Food-to-Go is logical, but it is also another coffin nail for the traditional service counter," says one expert. This is becoming more and more obsolete in the UK. Tesco only hit the headlines at the beginning of 2019 when the market leader announced the layoff of a good 4,500 employees at its fresh food counters, citing lack of profitability.

Last year, the 343 "Asda Superstores" and 32 "Asda Walmart Supercentres" with average sales areas of 4,407 sqm and 7,897 sqm respectively turned over around EUR 25 billion. They operate in an increasingly difficult competitive environment. Because Aldi, Lidl and e-commerce are still on the rise in Great Britain.