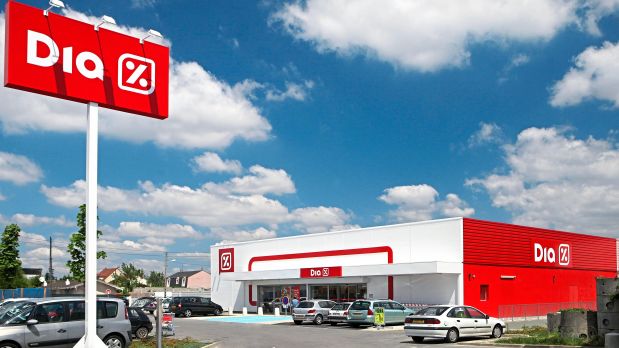 Stormy times for the battered Spanish food retailer Dia. The National Court of Spain (Audienca Nacional de España) is to investigate allegations against LetterOne, the majority owner of the Madrid-headquartered discounter, on the basis of an anonymous tip. The Luxembourg investment holding company of the Ukrainian billionaire Mikhail Fridman is said to have manipulated the share price during the takeover of Dia in May this year. As a minority shareholder at the time, it would have allegedly created a short-term liquidity bottleneck at Dia via a network of companies and thus weakened the share price at the time of the purchase.

In fact, between LetterOne's first minority stake in July 2017 and its majority acquisition in May, Dia's market value fell by approximately 90 per cent on the Madrid Stock Exchange. This corresponds to a decline from an estimated EUR 3.5 billion to EUR 350 million. However, the CNMV has always contested the existence of irregularities in the purchase price of Dia. The authority described the then applied share price of 0.67 Euro as "fair", because the retailer is said to have been on the verge of bankruptcy at the time.

LetterOne defends itself robustly. The accusations are "untrue and slanderous", according to the Reuters news service. "The truth is that Dia was poorly managed and that any balance sheet irregularities that had already been revealed had a negative impact on all shareholders, including LetterOne."

As part of the takeover, which increased the capital share to just under 70 per cent, the holding company reported that it had refinanced Dia to almost EUR 700 million. It also negotiated with creditors and bank partners to extend their debt agreements and credit lines: "We have committed ourselves with EUR 1.6 billion to protecting jobs and suppliers, continuing to operate branches and saving this dealer.

Beyond the question of guilt, industry experts such as Brian Moore see the potential for management disruption because of the upcoming legal dispute: "This means a distraction that will influence the operative business in the long term. At LZ's request, Dia denies this: "Our teams are focused on solving the fundamental problems."

A lot of turnaround work

In fact, the management team newly appointed by LetterOne around the former Lidl top managers Karl-Heinz Holland (CEO), Matthias Raimund (Chief Operating Officer) and Dawid Jaschok (Chief Commercial Officer) would need time and calm to achieve the turnaround at Dia. According to its own statement, it intends to develop a "strategy for commercial, marketing and e-commerce at Group level" for the Group's four national markets - Spain, Portugal, Brazil and Argentina - and develop a "competitive retail format". That is 6100 stores worldwide with a net turnover of 7.3 billion euros. The net debt of the trading group is EUR 2.5 billion. Above all, however, it is important at the operating level to stop the continuous loss of retail market share to the market leaders Mercadona and Lidl Supermercados since 2013.

Regardless of whether the accusations against LetterOne are confirmed, they scratch the image of Mikhail Fridman as an investor. The oligarch with an Israeli passport, who is supposed to enjoy the best relations with Russian head of state Vladimir Putin, apparently wants to build a European trading empire with Dia. These already include Russia's market leader X5 and the British natural food retailer Holland & Barrett.