US expansion Aldi to achieve another milestone 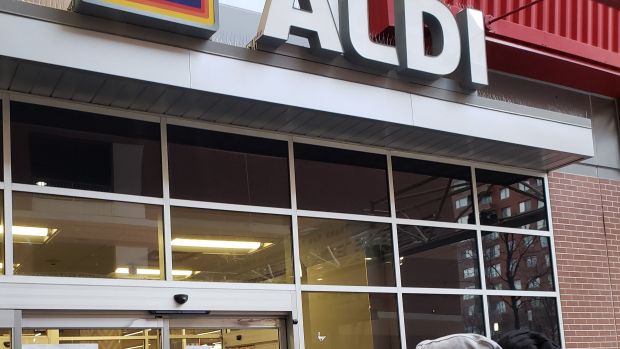 Aldi and Lidl are experiencing a boom in the US due to increased demand for basic foods and everyday consumer goods in the wake of the coronavirus. Adding to that are reports on panic purchases, which temporarily lead to empty shelves.

This unexpected boost in turnover supports Aldi Süd's five-year expansion plan, which is worth around USD 3.4 billion. Since 2017, Aldi has been working intensively on modernizing its existing network and increasing the number of stores to 2,500 by the end of 2022, which means that Aldi is challenging newcomer Lidl on the East Coast.

To intensify the expansion pace requires an increase from around 40 stores to more than 100 new openings per year today (see chart). With already more than 1,980 stores, Mülheim-based Aldi is well on track to implement its ambitious growth plans.

However, it is noticeable that Aldi reacts very fast to every new opening of Lidl and prefers to seek markets on the east coast. There, Lidl has opened almost 100 stores in nine US states since June 2017. "America is big, and Aldi could open as many stores as it wants, even if they were located far away from Lidl," says one expert. After all, the Aldi store network already includes 36 states (see map). But the discount giant apparently wants to mark its territory.

Thanks to a partnership with online partner Instacart, Aldi is now able to offer a home delivery service to around 95 per cent of its customers. The retailer already covers more than 10,000 postcodes in the country. In addition, Aldi is working on the optimization of its product range, particularly on the appearance of its fresh produce, organic articles and new products. In the current year, every fifth article is to be a new product. The selection of fresh produce will be expanded by 40 per cent.

In an unmistakable side blow against Lidl, Aldi emphasises the advantages of its smaller sales areas in its advertising. They are "simpler to shop" because - in contrast to Lidl's initially quite generously dimensioned stores of around 2000 square metres - they often only have five aisles.

Beyond this rivalry, the concentration in the US retail market is a win-win situation for both discount chains. This is driven primarily by the dynamic growth in the discount and online segments. Due to market closures at SuperValu, Southeastern Grocers and Tops, among others, the number of US supermarkets in 2019 fell by 1.3 per cent year-on-year to less than 25,000 for the first time. Inmar Analytics forecasts a further decline of 6 per cent over the next five years.

Both discounters want to grow organically but are also interested in acquisitions. In January, for example, Aldi acquired six stores from ailing organic retailer Lucky's Market in Florida. In November 2018, Lidl purchased 25 "Best Market" stores from the family retailer of the same name in Long Island. Currently, Aldi and Lidl are interested in insolvent chains Fairway Market and Earth Fare in the New York area and in Florida respectively. Both discounters are profiting from a structural crisis, which they themselves are also helping to drive forward.