US food industry Structural changes ahead 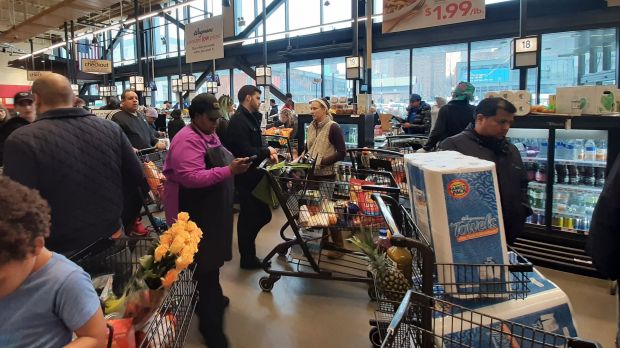 The coronavirus crisis is producing a number of surprising results. In California, the authorities are using drones manufactured in China, which was prohibited until a few days ago for flight safety reasons, to control unauthorised crowds of people. Flight experts assume that this will speed up their future approval for online delivery services.

The share prices of e-commerce providers have fallen less sharply in the current stock market crash than those of many other industries. The price for Amazon shares, for example, has fallen by only 13 pe rcent, while the S&P 500 Index has fallen by an average of 28 per cent over the past four weeks.

Due to extremely high demand, Amazon, which is working to make its service that is as contactless as possible, has been hiring 100,000 temporary workers in its 175 distribution centres,  temporarily increasing its workforce by a quarter. But even the online powerhouse has been overwhelmed by demand and since March 18 has only been able to deliver crisis-relevant items, not even toilet paper.

However, share prices of traditional retailers, who have been rather shabby for investors since the dotcom bubble, were able to hold up even better than Amazon. For example, shares of market leader Walmart and industry runner-up Kroger, who have expanded their Click & Collect offerings, have remained stable on the NYSE stock exchange.

However, it is doubtful whether traditional retailers will remain crisis-resistant in the long term. Economic experts predict a surge of bankruptcies for many businesses that have had to close in the wake of the coronavirus. Despite an economic stimulus plan of up to 2 trillion dollars, the insolvencies could even trigger a "century's recession". The resulting reduction in customers' purchasing power is likely to be felt particularly in the traditional retail sector

In contrast, retail experts expect sustained growth for online delivery services even after the virus has been ebbing down. In their opinion, a significant proportion of older consumers who never or only rarely ordered online before the crisis will continue to use digital services in the future.

Financially strong retailers also pay bonuses to their staff to compensate for the stress they are currently exposed to. Walmart plans to grant all permanent and temporary employees a special payment of USD 300 and 150 respectively.