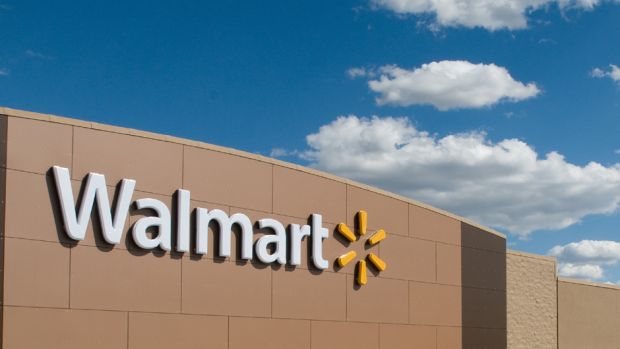 Walmart
Walmart wants to offer pickup stations in 3100 US branches and same-day home delivery from 1600 hypermarkets by the end of the year.

In the eyes of US consumers, Walmart is on the rise and is gaining more and more online food customers compared to all its rivals, including Amazon. An analysis by Second Measure's market researchers clearly shows that the omnichannel mix strategy is increasingly paying off (see chart). In June, Walmart had around 62 percent more food online customers than its next biggest rival, the Instacart delivery service. Despite Amazon's acquisition of the leading US organic retailer Whole Foods in August 2017, its subsidiaries Amazon Prime Now and Amazon Fresh are losing ground to their competitors in terms of customer numbers. 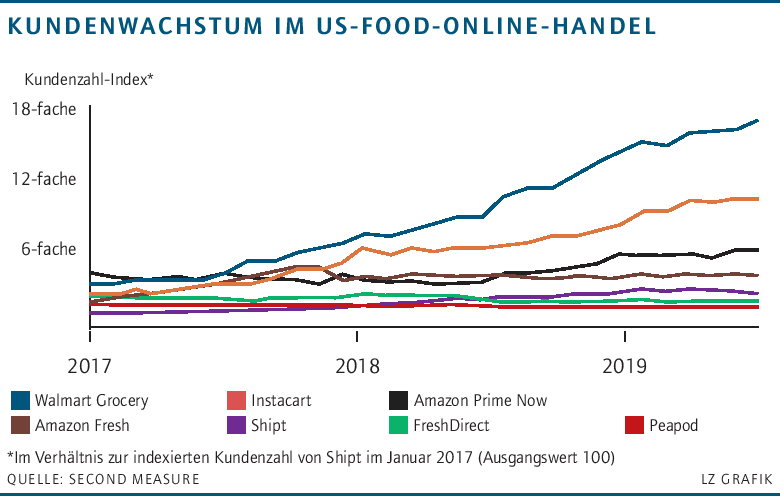 The latest Group results also confirm Walmart's digital success. In the second quarter of the 2019/20 fiscal year (July 31), the large-area discounter once again significantly increased its US online revenue by 37 percent year-on-year. Walmart doesn't give away absolute numbers. However, the food sector contributed "strongly" to the increase. The billion-dollar investments in e-commerce are "worthwhile", as CEO Doug McMillon recently explained. These include partnerships with external delivery services, our own home delivery service, the purchase of several online pure players and, above all, the integration of Click & Collect collection stations in the stores.

The listed market leader is apparently prepared to accept a smaller after-tax return. For example, the Group's gross profit in the second quarter fell slightly year-on-year due to the high level of digital investments.

But Walmart wants to go further and offer pickup stations in 3100 US branches and same-day home delivery from 1600 hypermarkets by the end of the year. This already covers 80 or 50 percent of the US population. For 2019/20, Walmart anticipates an increase in online net sales of "around 35 percent" over the previous year.

For McMillon, the 4769 branches and around 180 distribution centers in the USA are the trump card of the corporate giant. But Walmart managers admit behind closed doors that their own delivery service is not profitable according to a full cost calculation. This is also the case despite the not inconsiderable possibilities of juggling with marginal intra-group costs.

The strategy of Amazon, Prime Now and AmazonF to let resh compete in part is taking revenge. The number of Amazon Fresh customers is declining. In July, sales fell by 19 percent compared to the same month last year. Since 2009, the fresh delivery service has been active in 15 US cities and has even discontinued operations in rural locations for reasons of profitability.